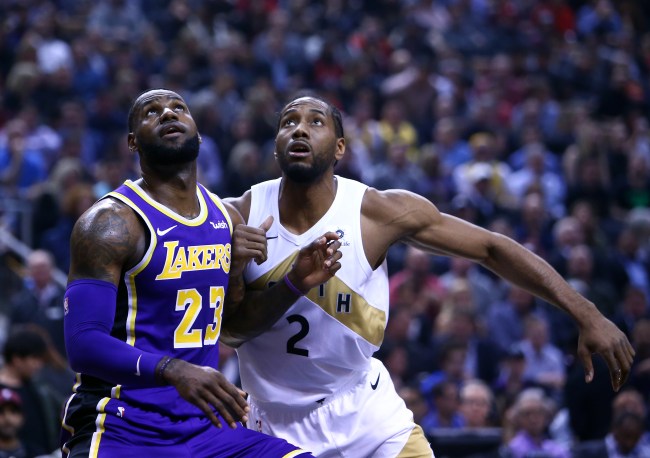 All year long we’ve heard that Kawhi Leonard is not interested in joining LeBron James in Los Angeles.

Just a few days ago ESPN’s Michael C. Wright told Brian Windhorst that he believed that Kawhi wasn’t really into the idea of playing with LeBron next season.

If the Los Angeles Lakers pair a second superstar with LeBron James this summer, it likely won’t be Kawhi Leonard.

Lakers fans were still pretty excited when LeBron told Kawhi that they would ‘be in touch” after tonight’s game despite the fact that Kawhi doesn’t seem interested in playing for L.A.

Lakers fans couldn’t help but overreact to the video.

Really don’t wanna get my hopes up about this. But sh*t we need SOMETHING to look forward to this off season

It’s essentially been a foregone conclusion he’s going to the Clippers and doesn’t like LeBron based on what Woj is telling y’all….

But I truly feel Kawhi is going to listen to both sides.

LeBron James going to offer Kawhi a spot on Space Jam if he signs with the Lakers 🤣
pic.twitter.com/U5pspZoJZc

And of course there were those who made fun of all the unnecessary speculation.

Lebron: “We’ll be in touch”

LeBron: “we’ll be in touch”