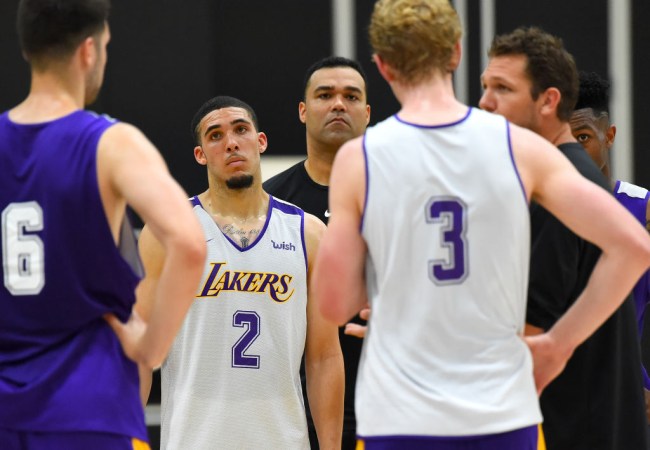 LaVar Ball’s dream of having all three OF his sons play for the Lakers does not appear to be panning out the way he would like. After last night’s NBA draft, the Lakers informed Gelo that he was not getting signed to their summer league squad and according to ESPN’s Ramona Shelburne it may because the team doesn’t want appease LaVar Ball.

Lakers officially informed LiAngelo Ball he will not be on their Summer League team last night. They were determined to make this a basketball decision but as one source put it, “obviously there’s more to it than basketball.” In other words— the LaVar effect was real.

For some perspective, it’s very common to add a few extra players to a Summer League roster. Just as it is to invite a ton of guys for draft workouts. This case is a bit different as @BillPlaschke noted after LiAngelo’s workout.

Sucks for LiAngelo but he was a long shot to make it to the league anyways and is probably better off playing overseas. We’ll see if any respectable international team would actually sign Gelo knowing that they will have to deal with LaVar Ball and the circus he brings with him.