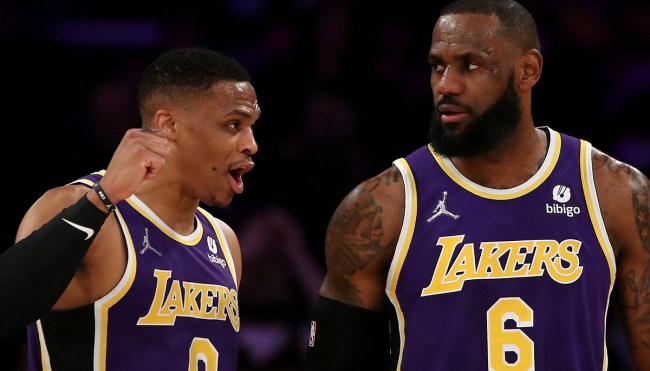 On August 4, 2021, LeBron James sent out of now-deleted tweet urging the critics who’d targeted the Lakers for a number of reasons to “Keep that same narrative energy” when the season tipped off. 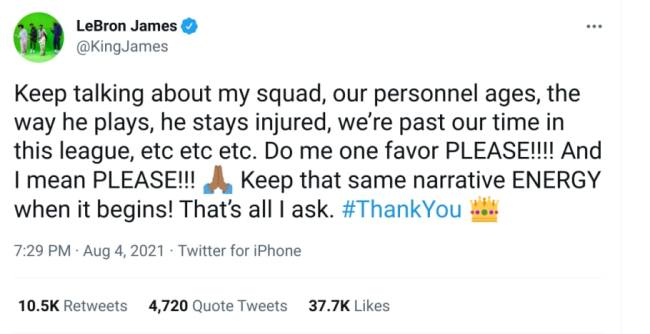 It’s safe to say plenty of people were more than happy to do exactly that when the action got underway, and Los Angeles certainly made it very easy to do so courtesy of the wide variety of issues they encountered in the ensuing months.

James didn’t say how the haters should adjust their narrative energy when the season came to a close, and while the Lakers technically have three more games to play, their season effectively ended on Tuesday when they were eliminated from playoff contention by losing to the Suns on the same night the Spurs topped the Nuggets to keep their play-in hopes alive.

NBA Twitter wasted no time ripping into LeBron and Co. for officially falling victim to their hubris, but I’m not sure anyone celebrated their demise in a more brutal fashion than the person who had a “One Shining Moment” parody filled with lowlights from their terrible season locked and loaded for the occasion.

The video kicks off with some shots of a team that had clear eyes and full hearts gearing up for a campaign that eventually devolved into sheer misery, and anyone looking for a healthy dose of schadenfreude is sure to be very satisfied after watching it.