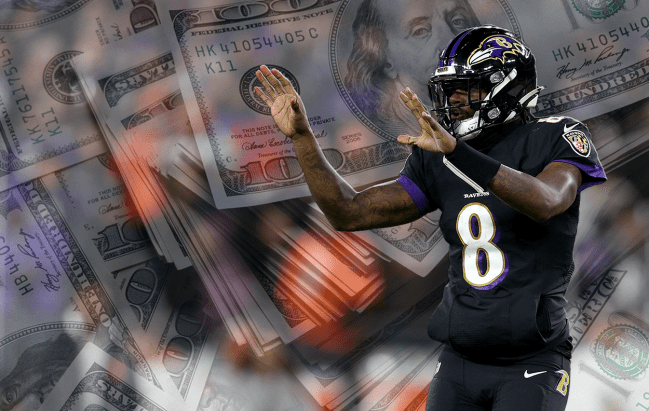 Lamar Jackson is not being shy about his financial demands. He wants to get paid.

The 25-year-old quarterback has one year remaining on his rookie deal. As a result, there has been a lot of speculation about Jackson signing an extension.

As things currently stands, the Ravens plan to negotiate a new contract with their former first round pick and franchise quarterback. However, there is no timeline as to when it might get done, and head coach John Harbaugh spoke about the complications of the situation earlier in the offseason.

On the flip side of things, Jackson has made it abundantly clear that he has full intentions of coming to an agreement with Baltimore. If not, he will be sent out to test the waters of free agency.

It doesn’t seem like it will get to that point, but the clock is ticking. Jackson wants a new deal and he is being very clear as to his desires.

The photo shows a pair of grillz on teeth that read “I NEED $” from the movie ‘How High.’

The message is not subtle at all. Jackson wants a new deal. He wants more money from Baltimore. In fact, he needs it, according to his new Instagram photo.

The Ravens are likely going to pay Jackson. It’s just a matter of when.