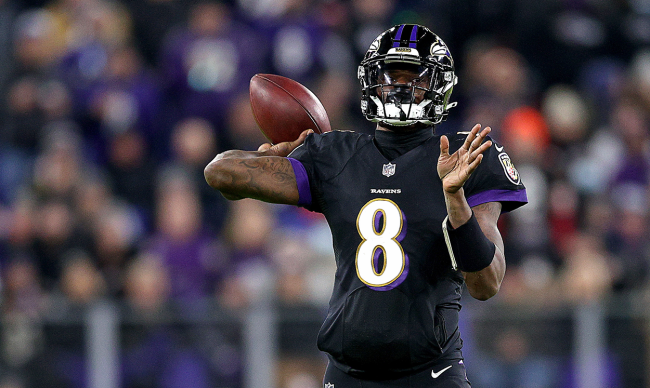 Baltimore Ravens quarterback Lamar Jackson has only one year remaining on his current contract. As a result, there has been a lot of speculation about the 25-year-old signing an extension.

There are two options:

As the conversation around Jackson’s contract status reached its peak during the offseason, head coach John Harbaugh spoke about the complications of getting his signal-caller a new contract. He also shared where both parties stood at the time.

In addition, Jackson was quick to clear the air about any reports or false narratives about his feelings toward the Baltimore organization. His comments came shortly after the team owner offered a surprising take on the contract negotiations.

After a lot of hullabaloo was made about his future with the team, Jackson did not show up to any of the voluntary team activities over the past few months. He was in attendance for mandatory minicamp, which delighted his teammates and led to a viral video of the quarterback throwing a truly beautiful spiral.

Following Thursday’s practice, Jackson spoke to reporters and was asked about his status with the Ravens, his contract, and his future. He made things very clear.

His camp and the team have been in contact in regard to Jackson’s contract. They are working through the details.

Jackson also shared a glimpse at his future in the NFL. He put all free agency rumors to bed and made it clear where he plans to play for the remainder of his career.

#Ravens QB Lamar Jackson told reporters he expects to be with Baltimore for his entire career. He’s recently talked with the team about his contract as he enters the fifth and final year of his rookie deal.

Silencing all the speculation.

There is obviously a lot of time for things to change. However, that just about settles that. Jackson wants to be in Baltimore and does not plan to play elsewhere.