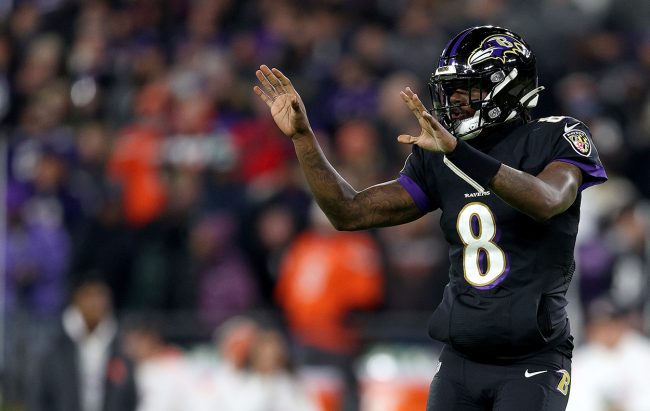 There was a lot of drama surrounding Lamar Jackson’s future in Baltimore as his rookie deal reaches its final year. As a result, the former Heisman Trophy winner and first round NFL Draft pick cleared the air on contract negotiations on Thursday.

He also spoke about his offseason weight gain.

Jackson was not in attendance at voluntary team activities earlier in the summer. There was a reason for that— he was getting big.

The 25-year-old said that his absence was because he just wanted to “stay away and grind.” And it paid off. He looks much stronger and heavier entering 2022.

The reason for Jackson’s weight gain was because he “just wanted to see how it felt.” There is no indication of whether he plans to cut before the season, but he is noticeably bigger this year.

So ppl saying @Lj_era8 added weight and it will take away from his dynamic ability. For those who know. You can effectively add muscle and still keep the speed and agility. He will be just fine. #TRUZZ pic.twitter.com/0h5PdBgnmC

Photos from earlier this month, prior to minicamp, show the amount of muscle he has put on his upper body. Jackson looks jacked.

Lamar Jackson has been hitting the weight room HEAVY 👀 pic.twitter.com/eoWOrTwHA4

And based on a photo of Jackson from Ravens camp, some might say that he looks “thicc with two Cs.”

I’m not gonna say it pic.twitter.com/KV35Oi03uM

Jackson, the 2019 NFL MVP, is one of the most dynamic players in the league. However, he will have to find a new rapport with a new receiving core after the team traded Hollywood Brown.

Based on video from camp that shows Jackson throwing a beautiful spiral to rookie Rashod Bateman, it looks like he will be just fine. It will be curious to see how the extra weight factors into his play.