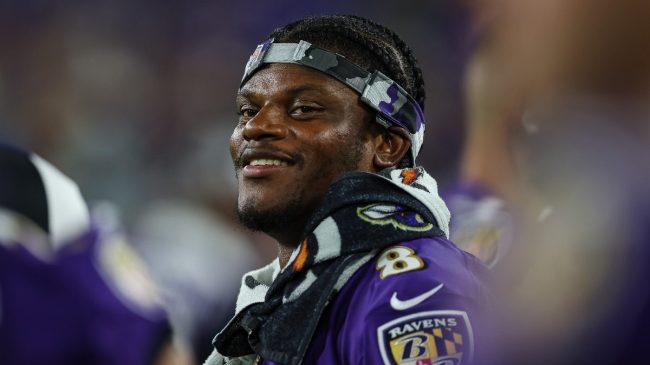 Technology continues to advance and it feels like Virtual Reality gaming is becoming more popular by the day. For that reason, the NFL has joined forces with StatusPro to create a unique gaming experience unlike any other. To make it official, it looks like the Baltimore Ravens star Lamar Jackson makes a special announcement.

That’s right. Lamar Jackson delivered the news himself through social media as he is the official cover athlete for the upcoming game. NFL Pro Era should be a brilliantly fun experience, as it allows fans to see what it’s like to play quarterback at the professional level.

A new ERA 4real! Get ready to see what it’s like to be QB1 with NFL PRO ERA, the first NFL VR game!

Does anyone else remember that old commercial featuring the Mike Vick experience? StatusPro’s new game is very reminiscent of that. Although, the Ravens star has the honor of being featured in the first ever VR NFL game. Lamar Jackson is a freak athlete, so I already know I can’t do what he does on the field. At the very least, I might be better at reading defenses. Who knows?

The game is set to release on September 15, 2022. That’s right around the corner and just in time for football season. Hopefully, you can play NFL Pro Era at home. Quarterbacks tend to move around quite a bit so maybe you have to play in an open field.

We’ll see how it goes, as reviews are bound to pour in once StatusPro releases the game. At the very least, maybe this will finally shut up some of those harsh quarterback critics who never played a down of football in their life. Uncle Rico has nothing on Lamar Jackson. Just saying.