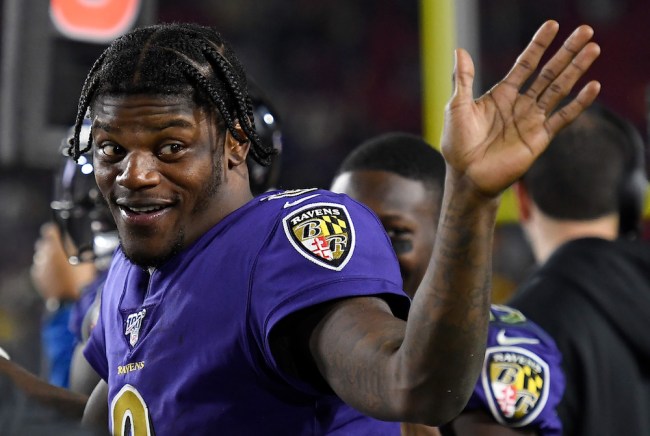 “Madden 21” player ratings are coming out this week and people – including players – are more than annoyed at some of the low rankings for the league’s top stars.

Yesterday, EA Sports bumped Saquon Barkley up from an 89, to a 91, after fans lost their minds on Twitter.

EA Sports might have to adjust another ranking today when fans find out what Lamar Jackson learned on Sportscenter yesterday – the reigning league MVP and “Madden 21” cover athlete was given a 94 ranking.

Jackson was understandably upset when he learned the news live on ESPN.

Lamar Jackson's reaction to his 94 overall rating on Madden 21 😂 pic.twitter.com/3P5p3ODxlt

Jackson took the snub in stride. “I wish it was better,” Jackson laughed, “But hey, it’s better than what it was last year.”

Jackon’s ranking in last year’s Madden game was 92 and to only jump two points after winning an MVP and almost taking the Baltimore Ravens to the Super Bowl seems worth at least 4 or 5 rating points.

Jackson’s opening rating for Madden 21 puts him behind Patrick Mahomes (99) and Russell Wilson (97) and just a point above Drew Brees (93) on the quarterback charts.

So far, the 99 Club for “Madden 21” is comprised of just four players – Patrick Mahomes, Aaron Donald, Stephon Gilmore, and Christian McCaffrey – with more ratings set to be released this week.