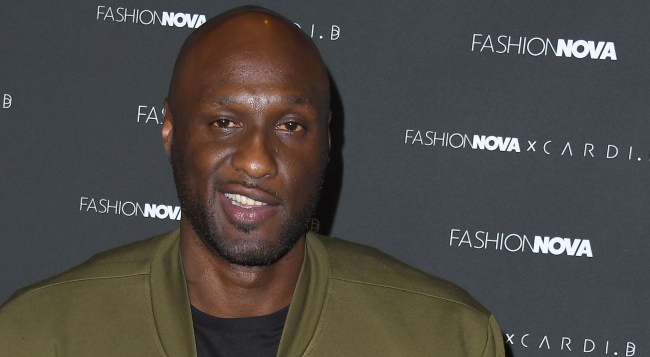 Former NBA star Lamar Odom’s life has been like something out of a movie. And now he says that’s exactly what he thinks his life should now be.

Odom, who was in New York on Tuesday to promote his new book Darkness to Light, says he’s already had discussions about turning his autobiography into a movie.

Considering the topics that a movie such as that would cover – making it to the NBA and the Olympics, drug addiction, sex addiction, being married to and cheating on a Kardashian, almost dying at a Nevada brothel, and a return to professional basketball – it’s easy to see how a movie company might be interested.

Plus, if all of that wasn’t enough material to create a film with, Odom appeared on The View on Monday and claimed that Dennis Hof, the late owner of the Love Ranch where he overdosed and almost died, tried to kill him.

“My lawyer has workers at the brothel who said he tried … he almost succeeded,” he continued, adding that he would like to clear his name with regard to the incident.

Interestingly, Hof later made Odom a public offer to come back to the Love Ranch (First night and 2 girls are on me, plus all the Remy Martin you can drink!), but apparently after reportedly suffering heart, kidney and lung failure, anas well as possible brain damage after his previous visit, Lamar took a pass.