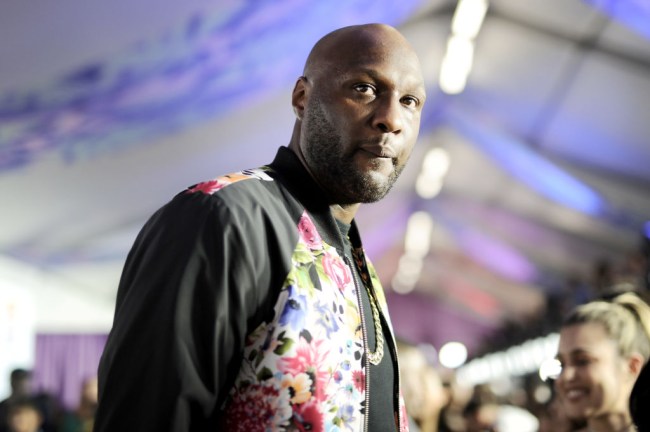 Lamar Odom is out here doing his very best to generate buzz for his upcoming book. Currently, Lamar Odom is in the “prosthetic penis” stage of book publicity.

Odom provided People magazine with an interesting story from his memoirs. Lamar was fitted with a fake plastic dong so that he could make the roster of Team USA for the Olympics.

In his upcoming book titled Darkness to Light, Odom revealed that being selected as one of the players for the U.S. Men’s Olympic basketball team was “one of the biggest honors in my career.” However, the mood quickly switched once he realized that he would have to pass a drug test before officially joining the Olympic basketball team that featured NBA greats such as Allen Iverson, LeBron James, Dwyane Wade, Tim Duncan and Carmelo Anthony.

Odom said he regularly used drugs at the time and “smoked weed every day that summer,” which would absolutely disqualify him from making the once-in-a-lifetime squad.

RELATED: Lamar Odom Says He Is A Sex Addict And Reveals The Number Of Women Has Slept With

He got a “call from USA Basketball that a drug tester would be coming to my house in a few days to administer the screening,” he writes in his book. “We started googling ‘fake penises’ and studied different ways to beat a drug test.”

“After an exhaustive search we ordered a giant, rubber, black cock to arrive the next day,” the 39-year-old Odom said.

The official tester came to Odom’s home to administer the test and Lamar was cock-ready. “He handed me the rubber penis and left the bathroom as I strapped it on,” Odom writes. Lamar was fitted with the fake phallus and his drug-free trainer supplied the untainted urine. Odom recruited his trainer “to urinate into the reservoir of the phallus, which was hidden in the balls.”

The urine inspector was about two feet away from Lamar in the bathroom as Odom used the decoy dick to fill up the specimen cup. “I unzipped my pants and carefully slid the fake penis through the zipper hole,” Odom explained. “To get the pee to come out of the tip, I had to squeeze the shaft repeatedly.”

Odom “was paranoid it wouldn’t work,” but he was able to fill up the cup with his trainer’s pee. “He stuck a thermometer in the cup to gauge the temperature… satisfied that the pee was mine, said ‘Welcome to Team USA,’” Odom said. No wonder Lamar and Khloe Kardashian were never able to have a baby together.

In the end, Team USA was a complete disaster even with Odom. The 2004 squad lost three games, the most by a USA Olympic basketball team, and only won bronze in Athens, Greece. In the end, the fake penis is a way better method to cheat a drug test than an oil change.