Lamar Odom Admits To Cheating On Khloe Kardashian: ‘Bitches And THOTs Came Out Of The Woodwork’ 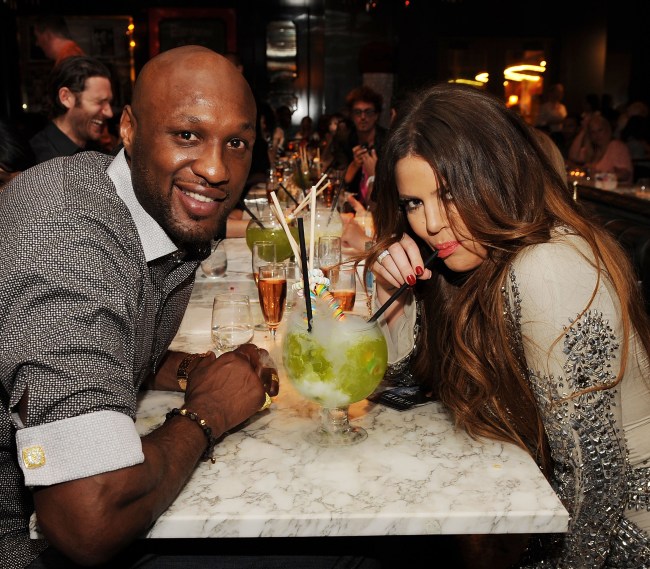 On October 13, 2015, former NBA star Lamar Odom was found comatose at a Las Vegas brothel. After suffering 12 strokes and two heart attacks from his incessant cocaine use, Odom now deems himself a “walking miracle.” Now sober, the 37-year-old opened up about how his drug use affected his relationship with Khloe, sexual and otherwise, and how his relationship with the reality star brought about temptations he otherwise wouldn’t have be enticed by.

In a brutally honest interview with Us Magazine, Odom revealed that he initially tried to hide his rampant drug use from his lady, but it eventually became a lifestyle that he could no longer keep private.

I was hiding it for a while, but then I got frustrated and was like, f–k it. Around two years before we split up [in 2011], I was in the man cave she had made for me and she caught me. She was disappointed. So was I. The sad thing about it is, I don’t know if I was disappointed because I was actually doing the drug or because she caught me. She knew I was doing cocaine the whole time after that. It was my drug of choice. I’m not going to say she accepted it because that would be the wrong word. Tolerated would be a better word.

When asked if he regretted sharing his marriage on TV, Odom said that the publicity opened up business opportunities and opened the gate up with other women who “probably wouldn’t have been interested in me.”

Bitches and THOTs came out of the woodwork. If there is one thing I regret when I was married, it was having multiple affairs with different women. That wasn’t the stand-up thing to do. I wish I could have kept my dick in my pants.

Although being Khloe’s man made him more enticing to ‘bitches and THOTs,’ Odom’s drug dependence become so out of control that cocaine use was mandatory to cheat–“The only time you can fuck is when you take coke.”

Lamar also comes clean about the time Khloe caught him in a motel room doing drugs and having sex with a side piece, admitting that he became combative towards Khloe when she found him out.

“She caught me in a sleazy motel room in LA, getting high with this one girl. It was atrocious. Looking back, I’m like, ‘What are you doing?’ That was like sticking a knife in her heart and twisting it. She didn’t deserve it. She always tried to help me with the drugs,” he said. “I rejected the help.”

Luckily, the 6’10” NBA Champion is clean today, crediting his children for allowing him to see the light.

“Living sober, meaning no drugs, is a great feeling. Being in the moment is important — how you react, respond, create. If I would have done coke last night, you would have gotten some dickhead here trying to get out of here fast,” he said. “But you’re getting Lamar now.”

Good on Lamar for cheating death and getting on the straight and narrow. Hopefully he stays the course, if not for his health, just to get a sober hard on.

You can go here to read the rest of Odom’s Us Weekly interview.