Lamar Odom Ordered To Pay $400k In Child Support, Must Get $1 Million Life Insurance Policy And Name Ex As Beneficiary 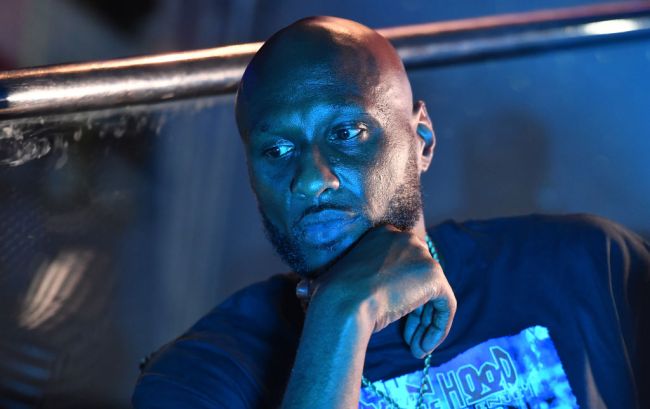 Lamar Odom had a pretty rough day in family court.

Odom, who has been fighting in court to not pay child support for his adult children despite 2015 settlement agreement, has been ordered to pay his ex Liza Morales $400k in missed payments.

Lamar Odom has been ordered to shell out nearly $400,000 to his “Basketball Wives” ex-girlfriend after he allegedly stopped paying her child support and other costs related to their two kids.

Former gal pal and TV reality star Liza Morales sued the ex-Los Angeles Laker in May, claiming the Queens-born baller hasn’t been honoring their 2015 settlement agreement over their now-adult children since June 2020.

Morales alleged that Odom was behind on child support, college costs and tuition, as well as rent for the Lower Manhattan apartment where she lives with their kids Destiny, 23, and Lamar Jr., 19, prompting an eviction case against her.

Not only does Odom have to pay $400k but he was also ordered to fund a $1 million life insurance policy and name his ex as the beneficiary.

Odom also must fund a life insurance policy worth $1 million — naming his ex as the beneficiary — by Friday, the judge said. Otherwise, Morales “may enter a judgement against Lamar Odom for an additional $1,000,000,” reads the order, signed July 20.

Last month Odom blasted Morales in a now-deleted Instagram post and told her to get a job instead of relying on his income to fund her lavish lifestyle.

“I have taken care of Liza and my children their entire lives. My children are adults. I have paid child support for CHILDREN on time monthly for the past 18 years. My CHILDREN are ADULTS.

I am saddened that in the past 15 years that Liza has not taken the initiative to get a job and create a source of income for herself aside from my monthly payment of child support. She is smart, able and capable of working to support the lavish lifestyle she wants to live.

I love my adult children and I will support them and their dreams in every way possible. I pray that Liza finds healing and gets to a place of independence.”