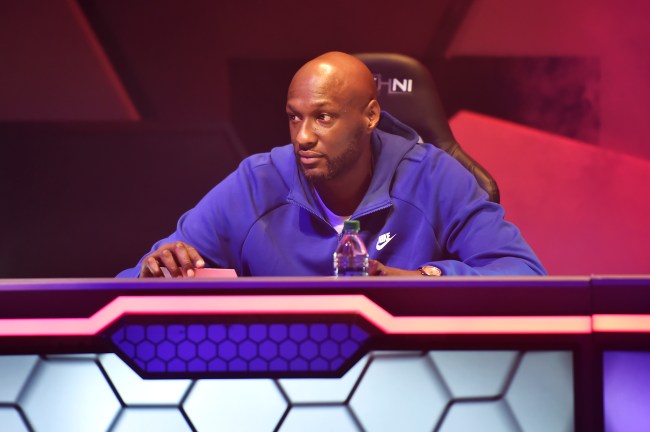 Lamar Odom was one of the top prospects while entering the 1999 NBA Draft, with the smooth-shooting lefty from Rhode Island ultimately being selected No. 4 overall by the Los Angeles Clippers. While Odom never became a full-fledged star, he did win two NBA titles as one of the best supporting players alongside superstars like Kobe Bryant and Shaquille O’Neal, even scooping up the 2011 Sixth Man of the Year Award along the way.

Unfortunately, later in his NBA career, Lamar Odom was better-known for dating a Kardashian and, even sadder, battling addiction. Odom recently opened up about some of the lingering effects of those darker days for him, miraculously surviving six heart attacks and 12 strokes during one incident at a Nevada brothel in October 2015. While he said that his memory is all but gone now, he’s still alive, which is more than most people would’ve been able to say following such near-tragedy.

With his life now cleaned up, the 39-year-old isn’t making an NBA comeback, but, instead, agreed to play in the BIG 3, the pro hoops league with rapper Ice Cube as one of the founders. Given his past health conditions and age, many wouldn’t blame Lamar Odom if he hadn’t tried to ball again, but the former 14-year NBA vet said that LeBron James’ 2017-18 season inspired him, stating James’ ability to carry an underwhelming supporting cast all the way to the NBA Finals for a fourth-straight season.

“All my doctors say I’m a walking miracle,” Odom said. “They couldn’t really believe how I came back so fast. When I woke up I couldn’t walk or talk.”

Odom said he was driven to a basketball comeback by watching LeBron James achieve greatness during his last season with Cleveland in 2017-18. At 33 years old, James played 82 games and carried an underwhelming supporting cast to the NBA Finals.

Pretty incredible stuff. LeBron James’ first season with the Los Angeles Lakers was disappointing, to say the least, but his play with the Cavs last season helped spark Lamar Odom’s competitive juices again, and that’s something he should definitely be proud of. The BIG 3 tips off June 22 on CBS.