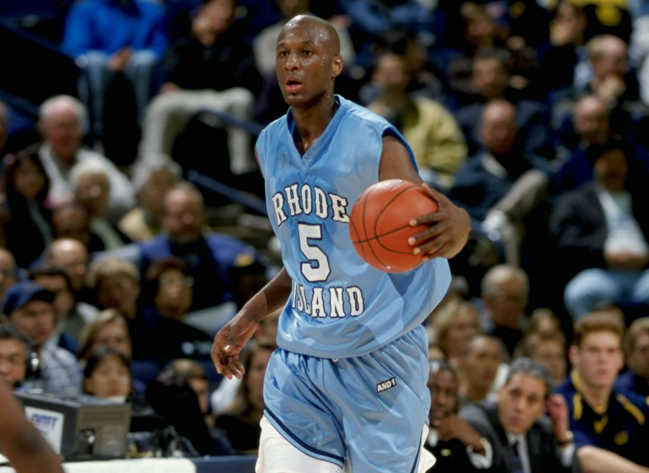 Lamar Odom knows a thing or two about both basketball and life. The 42-year-old has been through some difficult times, but he is blessed to be alive and has continuously pushed himself to get better and grow as a person.

And he has two NBA Championship rings.

Odom is currently coming off of a stint on Celebrity Big Brother and joined Entertainment Tonight for an interview shortly after being evicted. He discussed his plans for the future and has one particular role in mind.

After playing for the Rams in the late 1990s, Odom wants to become the head basketball coach at the University of Rhode Island. He said that they “would be a fool” not to give him a shot.

“I can definitely make that program a winning situation because right now they’re not doing too good.”

The two March Madness appearances for URI were the first since 1999, when Odom was in school. He led the Rams to back-to-back NCAA Tournaments while in school.

When his alma mater was back in the Dance a few years ago, Odom was there to cheer them on.

Now he wants to lead them back.

Honestly, as Odom said, it would be foolish not to give him a chance. It can’t get much worse.

Odom has been there, done that. He has played on the highest level. He knows what it takes to win and has a plan to do so.

Odom wants bring the Miami Heat training regimen from when Pat Riley and Stan Van Gundy oversaw the program to Rhode Island, couple it with what he knows about the sport, and win. In addition, he knows what it is like to be in a college athlete’s shoes and has learned so much throughout his life that he could connect to the players on a deeper level.

All-in-all, with the current trajectory of the Rams on the hardwood, bringing in Odom could prove to be a risk with a very high reward. At the very least, it would help with recruiting, because there are surely quite a few high school basketball players who would love to play under Odom.