Lamar Odom Rips Mark Cuban In New Book, Claiming Cuban Kicked Him And Called Him A ‘Motherf*cker’ When He Was On The Mavs 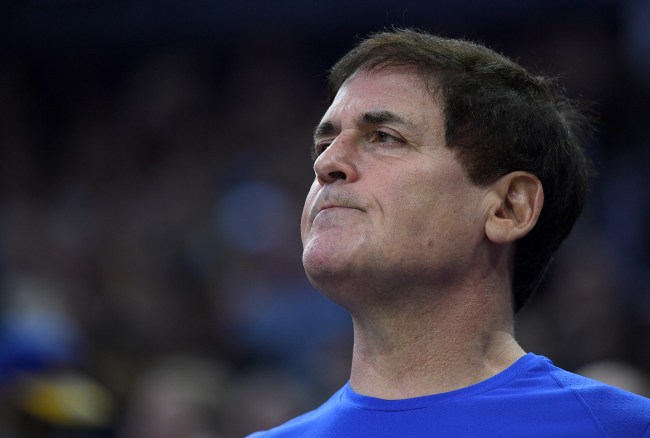 Lamar Odom’s cup of coffee in a Mavericks uniform was a disaster by all metrics. Before parting with the team in April of 2012, Odom was averaging a dismal 6.6 points and 4.1 rebounds in 20.5 minutes per game while shooting 35.2 percent from the field, all career lows by a long shot.

Odom, now 39, discusses in detail his tumultuous tenure in Dallas by way of his new autobiography titled “Darkness to Light,” and it’s evident that his relationship with owner Mark Cuban was far from professional.

An excerpt from the autobiography has been obtained by D Magazine details his contentious relationship with the billionaire.

Cuban quickly grew to resent me; it seemed his goal was to make my time in Dallas as miserable as possible. He rode me constantly, talked down to me, and questioned my manhood in front of others. During home games he’d grab his usual courtside perch and proceed to hurl obscenities at me.

“You’re so fucking slow and out of shape,” Cuban screamed at me during a dead ball situation early in my ill-fated tenure with the Mavs. “Waste of fucking money.”

“What the fuck are you doing?”

“This is just awful.”

Odom admitted to playing awfully during his time as a Mav, saying, “I had a hard time putting together a good quarter. I didn’t hustle. I barely boxed out. I’d just hope the days and weeks would fly by.” But, he claimed that Cuban’s incessant heckling of his own player brought on urges of sucker punching him in the middle of a game.

During one homestand, I was having possibly the worst game of the season. Head coach Rick Carlisle subbed me out, and I looked for a seat near the coaches, but none were available. So I went down to the only open seat at the end of the bench. Right next to Cuban.

Cuban extended his right foot and kicked my shin. “Come on, motherfucker!” he shouted.

I was stunned. This wasn’t a tap. I felt it. That was the last straw. It was painfully clear he did not respect me as a man. I felt the adrenaline rush through my body. In an instant I was transported back to Linden Boulevard, where the slightest act of disrespect could be fatal. As I sprang up, Vince Carter, who was sitting next to me, grabbed my arm tightly and leaned in.

Cuban would later tell ESPN that he “failed miserably” in his signing and assessment of Odom, evident in sending the former Sixth Man of the Year to the D-League, where he would make $14,000 for the entire season.

On June 29, the Mavericks dealt Odom to the Clippers as part of a four-team trade, ending what Odom called “the worst chapter of my basketball life.”