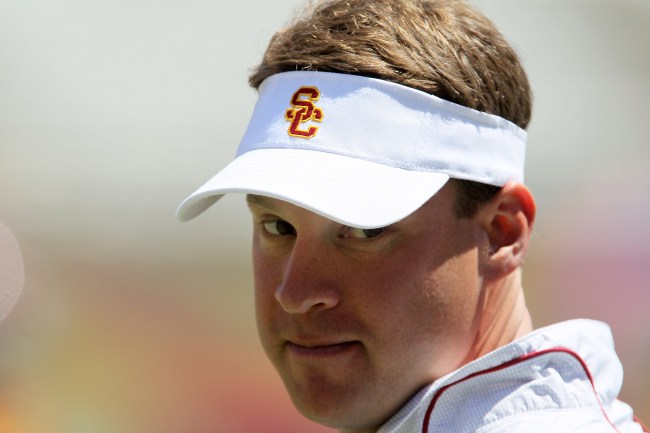 If you’ve ever made the terrible mistake of visiting a message board devoted to a college football team, then you know just how seriously some people can take the game. Based on the existence of soccer hooligans and the multiple people who have traveled long distances to physically fight someone over an NBA Twitter spat, I’m not sure the college football fanbase can be labeled the craziest in the world of sports. However, you should never underestimate how far some people are willing to defend their team’s good name.

With that it mind, the people in charge of running security at the University of Tennessee were on high alert when the Alabama Crimson Tide rolled into Knoxville in 2014. Lane Kiffin, who was Bama’s offensive coordinator at the time, defected from the Vols to take the helm at USC in 2010— a decision his former team’s fans did not appreciate. As a result, officials at the stadium were at high alert ahead of the matchup.

According to The Big Lead, Kiffin recently appeared on a podcast with ESPN’s Marty Smith, where he revealed officials were concerned he might get Lee Harvey Oswalded:

“They were literally talking about like — from the bus in — a bulletproof vest. I’m like, ‘Come on, guys. This is football.’ They said, ‘No, really.’ They had security with me the whole way, even walking on the field and stuff like that,” he said. “I’m just like ‘I’m not wearing a vest, guys. All right?’ That’s a little bit over the top. It was all in fun. There was a lot of mean words said — four-letter words. That speaks of Tennessee’s fans, just how passionate they are.”

I’m glad to know Kiffin was able to find some humor in the time he was told he might be shot.