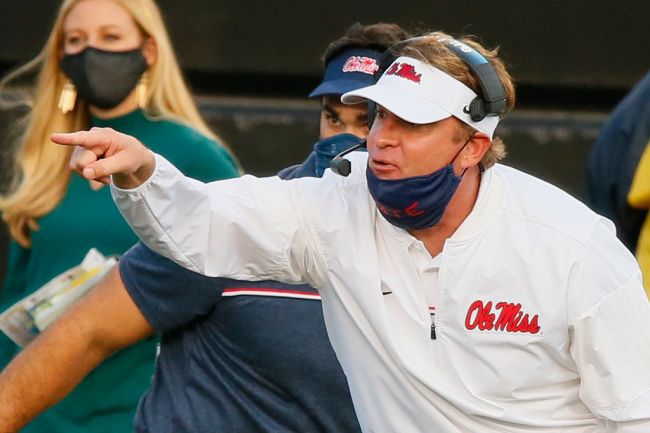 Nick Saban has been coaching for a very long time. The 69-year-old got his start as a graduate assistant with Kent State in 1973, and will begin his 47th season when the Crimson Tide take the field this fall. As a result of his long, tenured career at both the collegiate and NFL levels, the game has grown exponentially, and the way that is is played has changed. Gone are the days of hard-nosed, ground-and-pound football, where fullbacks lead the way for two-yard halfback draws. In today’s age, the game is focused on getting the ball to your playmakers in space and opening up the field.

On Thursday afternoon, Saban spoke to how much the game has evolved in his many, many years on the gridiron. After getting off of the field from Alabama’s spring practice, Alabama’s head man spoke on a video call with a variety of coaches around the country. As the guest speaker on the video conference, he did not hold back on how difficult that offensive-minded coaches have made it to coach football. Saban joked, “you guys are all part of the Taliban… you have changed our game and made it so hard to play defense… I can’t sit in church without shaking my leg, or my hands start shaking because I’m worried about what you guys are going to do next.”

Nick Saban's message to the offensive coaches of America 🤣😂 pic.twitter.com/IFYKbF5Mb4

Saban’s joke grabbed the attention of one of his former mentees, Lane Kiffin. Kiffin, who is now the head coach at Ole Miss, is known for his high-tempo spread offense and spent three years as the offensive coordinator at Alabama. He helped to bring Saban’s system up to speed with the current times and won a national championship while he was there. When the 45-year-old got wind of Saban’s comments about coaches like himself, he took to Twitter (where he is very active) to set the record straight.

Have you watched your offense lately?? @CoachSark ran a lot of the same plays we do and worked under your guidance. So doesn’t that also make you one of us since you have bought in??🤔 @AlabamaFTBL @OleMissFB 😂😂 https://t.co/UxocxpG5LU

Kiffin’s tweet mentioned that Steve Sarkisian, who served as Alabama’s OC after Kiffin, was an offensive-minded coach just like he is— and by having the two of them in that role makes Saban an offensive-minded coach by association. When Ole Miss and Alabama played in 2020, it became the highest-scoring regulation game in SEC history with 111 total points. Who is right here? You be the judge!