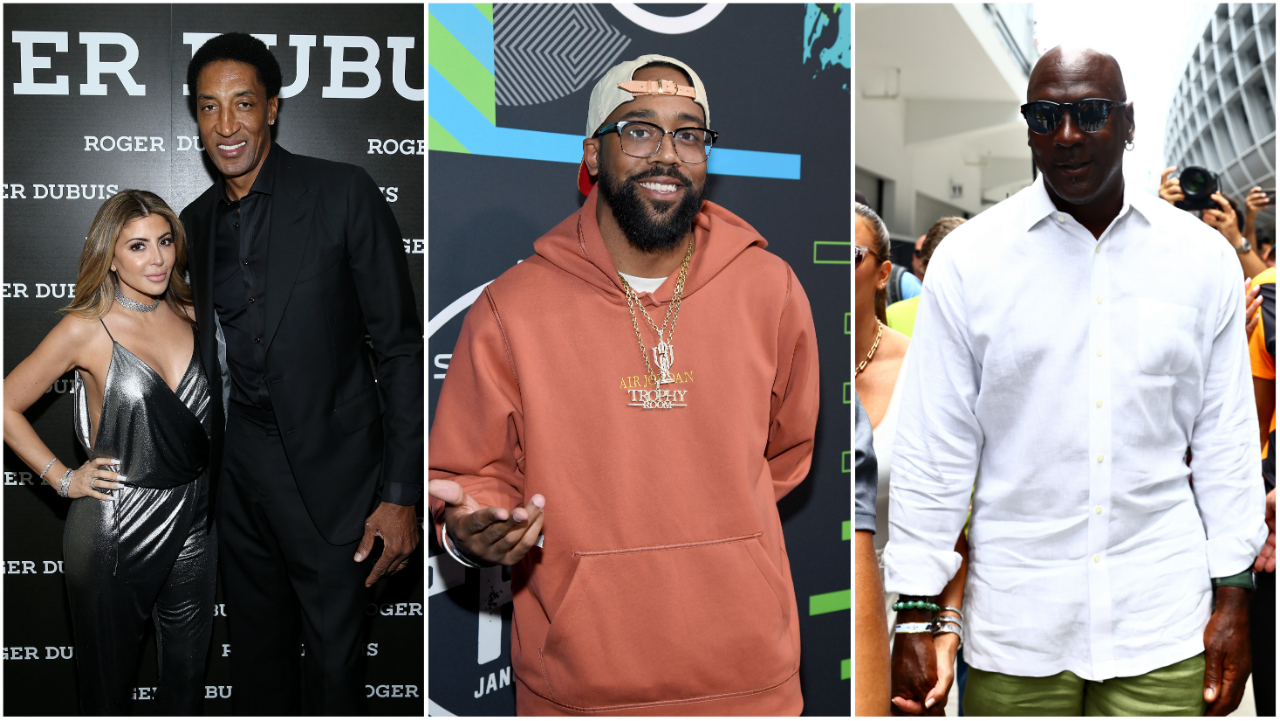 Scottie Pippen’s ex-wife Larsa, who was recently dating NBA player Malik Beasley, is rumored to be dating the son of her husband’s teammates.

According to TMZ, Larsa was seen on a date in Miami with Marcus Jordan, son of former Chicago Bull Michael Jordan.

Scottie Pippen’s probably not going to like this — his ex-wife is in Miami seemingly getting cozy with his old teammate’s son … and not just any teammate, it’s Michael Jordan.

Larsa Pippen was spotted Sunday at Zuma — a Japanese restaurant right in the heart of downtown — with none other than Marcus Jordan … and the two of them, we’re told, appeared to be on a double date of some sort with another couple at their table.

TMZ posted pictures of the two eating out on South Beach over the weekend.

TMZ has obtained photos of the pair sitting down next to each other during the lunch, and apparently leaving too — with LP leading the way and Marcus following closely behind.

Eyewitnesses tell us they were there for about 45 minutes, and that there were no obvious signs of PDA between them. However, our sources say Larsa seemed to be trying to keep a low profile and got a little skittish when she realized folks had spotted her/were taking pics

To add to the drama, Pippen has been beefing with Jordan over not getting paid from The Last Dance documentary. “Michael received $10 million for his role in the doc while my teammates and I didn’t earn a dime, another reminder of the pecking order from the old days. For an entire season, we allowed cameras into the sanctity of our locker rooms, our practices, our hotels, our huddles…our lives.”

I’m sure Pippen won’t be happy to see his ex-wife dating his former teammate’s son.