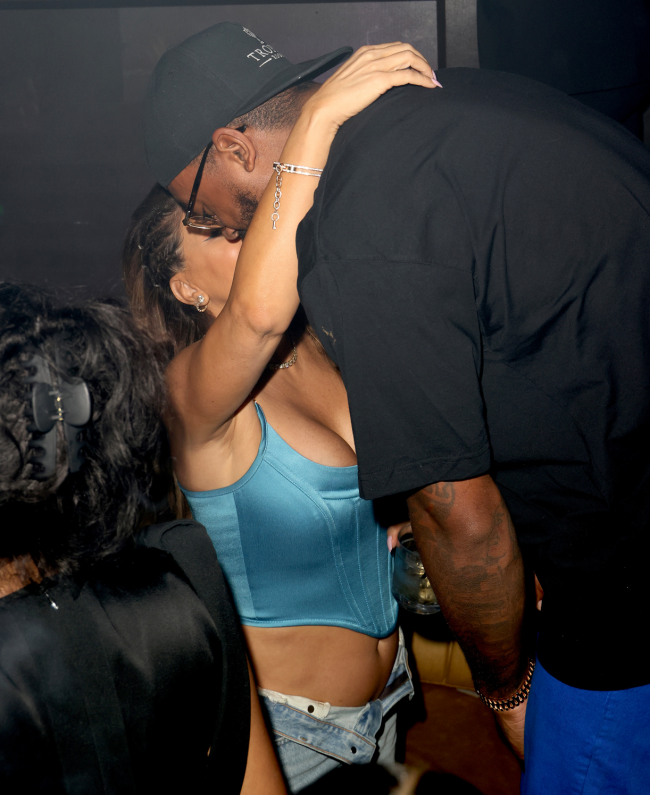 Ever since it was reported last month that Scottie Pippen’s ex wife, Larsa Pippen, was dating Michael Jordan’s son, Marcus, NBA fans have been both fascinated and a little repulsed.

Fans couldn’t understand how the 48-year-old Pippen could possibly be hooking up with the 31-year-old Jordan when her ex-husband played alongside Marcus’ dad on all of those NBA championship teams with the Chicago Bulls.

“She was this dude’s babysitter when he was a kid. This is weird as hell,” one fan tweeted, echoing the sentiments of many.

A couple of weeks later, Larsa Pippen responded to those who were calling her weird for dating Michael Jordan’s son.

After being savagely heckled by a fan while attending a Los Angeles Chargers game with Marcus Jordan, Larsa wrote on Instagram, ““I just met him 3 years ago I never knew him or his family. I was 21 yrs old and in college when Scottie played that one year w MJ and we weren’t friends with them like everyone thinks.”

One month later, Larsa Pippen is still talking about the status of her unusual relationship with Marcus Jordan, mostly because she’s still hanging out with him.

During her appearance on Watch What Happens Live with Andy Cohen on Monday, Pippen was asked about it because Marcus was there in the audience watching her be interviewed.

“What does Scottie think of your friendship?” Cohen asked Pippen after introducing Marcus to the viewing audience.

“No,” Larsa Pippen said with a shake of her head.

“The kids have never said this is bugging daddy?” Cohen then asked her.

“I mean, I guess, yeah,” Larsa answered. “But I think a lot of people think that our families were really close and intertwined and they really weren’t.

“Like I never really knew Marcus, his mom, or them. I just recently met them like a couple of years ago.”

“Right, okay,” Cohen responded with a very skeptical look on his face.

“Yeah, but we’re friends! So that’s like…” Larsa Pippen replied.

“With benefits,” Cohen shot back.

She then tried to play it off like Cohen didn’t know what he was talking about, but failed miserably.

#RHOM star @LarsaPippen opens up about her friendship with Marcus Jordan. #WWHL pic.twitter.com/YUfXxSKIfC

Those eyes 👀 be saying a different story @larsapippen

“Larsa should just be honest and say the obvious that she and Marcus are in a relationship,” one viewer tweeted. “Friends with benefits my eye. I think they’re [sic] Relationship is hurtful to Scottie Pippen and shows lack of respect for pippen [sic] by she and Marcus it won’t last.”

Ummm…didn’t she say in an interview that she used to babysit him??? I’m confused.

“It’s very DISGUSTING, to be sleeping with her ex-husbands ex basketball players son?!” another viewer commented. “She was damn near 25 before he was even born into this world.”

Friends that follows everywhere????? All these men in the world and you choose your 4 childrens father ex teammate son to date???? What the hell something is wrong here 😕 😕 😕 😕