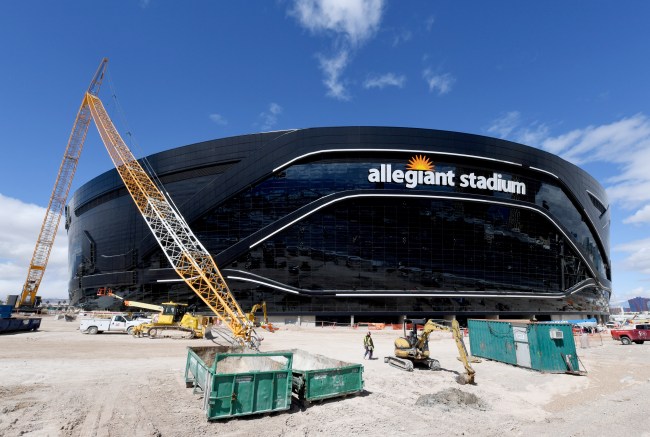 Remember, people, the Oakland Raiders do not exist anymore, the franchise has moved to Las Vegas. With their moves to Vegas that means the Raiders now have a new home, Allegiant Stadium, and it looks absolutely awesome.

We’ve seen plenty of shots of the outside of the new $2 billion facility, the all-black look gives it a Death Star vibe, but now we’ve finally gotten an inside glimpse of the stadium as it nears completion.

The Raiders have published a video showing off the inside of the stadium and it’s unbelievable. Not too flashy, very on-theme with the all-black look, and very Raiders-esque.

It’s cool to see the Raiders not elect to go with a jumbotron the size of a jet like the Cowboys have at Jerry’s World or a retractable roof design that looks like something out of Halo like the top of Mercedes-Benz Stadium.

Allegiant Stadium is supposed to be mostly completed by July 31st as the Raiders were supposed to host their very first game in Vegas, a preseason matchup on August 27th against the Arizona Cardinals, but that’s up in the air given the question marks surrounding the NFL season.

In other very interesting news involving the stadium, the Las Vegas Review-Journal reported that Elon Musk’s Tesla-based underground system could be used to link the Las Vegas Convention Center and Raiders’ new stadium as early as 2021.