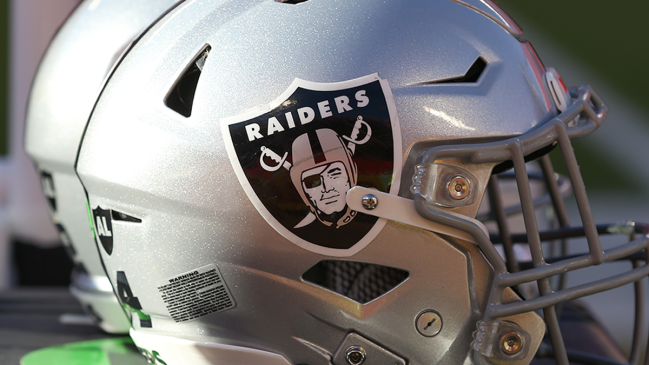 Five NFL teams entered Week 3 of the current NFL season sporting an 0-2 record, but after Sunday’s slate of games wrapped up, only one franchise had failed to take home its first win of the season: the Las Vegas Raiders.

The guys in the black and silver headed into their contest against the Titans as slight favorites to walk away with the victory over, but Tennessee was ultimately able to pull off the miniature upset by walking away on top by a score of 24-22.

After the loss, Davante Adams made it clear he’s not thrilled with how things have panned out since making his debut with the Raiders after being traded by the Packers in March—and you have to imagine “frustrated and angry” were relatively tame words to use compared to what owner Mark Davis likely subjected head coach Josh McDaniels to in a closed-door meeting that took place in the wake of the game.

FiveThirtyEight estimates Las Vegas now has a 12% chance of making the playoffs. However, the fact that just 2.5% of the NFL teams who’ve started 0-3 since 1990 have ultimately earned a spot in the postseason doesn’t exactly inspire a ton of confidence—especially when you take a look at one stat that highlights just how dismal the Raiders have been compared to the opponents who’ve managed to vanquish them so far.

It would be foolish to rule the Raiders out entirely at this point in the season, but when you take a look at a tweet Josh Dubow of the Associated Press posted following their Week 3 loss, it would arguably be even more foolish to bet on them to turn things around considering how the Titans, Chargers, and Cardinals (the three teams who’ve beaten them) have fared against teams who aren’t the Raiders.

#Raiders are 0-3. The teams that beat the Raiders are 0-6 in their other games, getting outscored by 16.2 points per game

You could argue those numbers aren’t that alarming at first glance when you consider the Cardinals and the Chargers each saw one of their losses come at the hands of the Chiefs (Arizona’s second was also against the reigning Super Bowl champion Rams) and the Titans had the misfortune of running into a Bills team that was firing on all cylinders on Monday Night Football.

With that said, Los Angeles was able to achieve a fairly rare feat on Sunday in a game where they managed to make the Jacksonville Jaguars look good after finding themselves on the losing end of a 38-10 romp, so Raiders fans may want to start bracing themselves for the pain that could be in store.