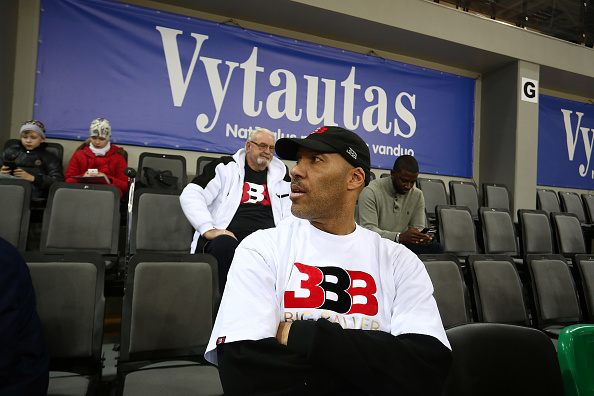 LaVar Ball’s JBA league is meant to be an alternative for players coming out of high school who want to get paid to play professionally instead of dealing with the NCAA’s exploitative business tactics.

Unfortunately the JBA has reportedly had issues playing it’s players.

Just a few months ago former Newport Harbor high school standout Brandon Phillips, who played for the Los Angeles Ballers in LaVar Ball’s Junior Basketball Association, called out the league for not paying him in a timely manner.

Former JBA player Brandon Phillips (@itsbphilly) tells me the league only paid him about 1/3 of what he was promised.

Had to pay for his own bags on every flight, so he saved nothing.

I’m not knocking them for me being cut at all, Basketball is a business. All i am concerned about is my check

In the latest episode of “Ball in the Family” league director and Big Baller Brand manager Alan Foster was confronted Chicago Ballers player Shawn Lee about getting paid. Foster then started to individually ask other players about their paychecks and was surprised to hear that several of them hadn’t gotten paid either.

Foster took responsibility for the league’s payroll issues and said that he was determined to find out what happened.

“I don’t know what we’re gonna do about this, but we have to get to the bottom of it and find out exactly what happened.”