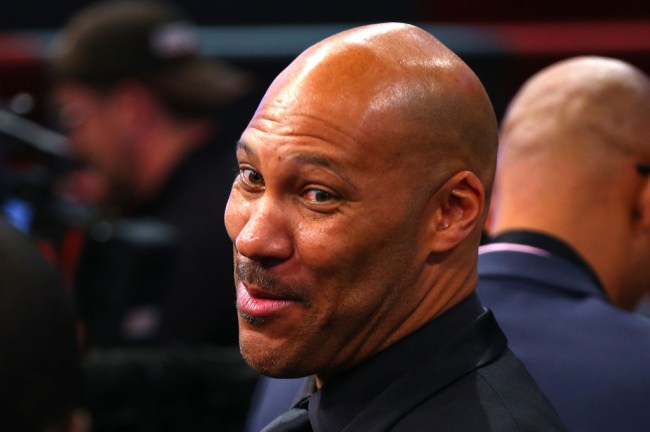 By all accounts, LaVar Ball was an impressively mediocre basketball player who once proclaimed he could beat Michael Jordan with one hand tied behind his back but who probably wouldn’t score a single point even if Jordan was a paraplegic.

While his three sons have been gifted with infinitely more talent than their father, that hasn’t stopped him from being the one to dominate the headlines thanks to his God-given inability to keep his mouth shut.

To his credit, it’s paid off. The Ball family has their own reality show, LaVar has been on WWE Raw, and if this screenshot is to be believed, he’s being featured in the upcoming version of NBA 2K18, which drops on September 19th.

You better step up & produce from day one of your rookie year, or @Lavarbigballer may have some words for you in #NBA2K18 pic.twitter.com/MFeEe70kLq

The image appears to come from the game’s career mode, in which LaVar (a.k.a. Zeus) commands your player to mold himself in the image of Lonzo, who— as we all know— is already the best basketball player of all-time and who has “BEEN BALLING AT ALL-NBA LEVEL SINCE HE WAS A SINGLE STRAND OF DNA.”

What can we learn from all of this? That even if you average 2.2 points a game as a college basketball player, you can make it into an NBA video game if you try hard enough and— most importantly— never, ever shut your mouth. I for one applaud LaVar for his tireless work ethic.