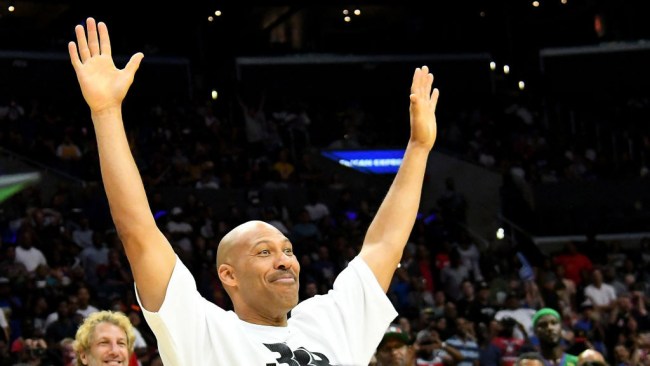 Lavar Ball and his “Big Baller” sons LiAngelo and LaMelo made their first appearance in Lithuania on Wednesday and were greeted at the airport with a hero’s welcome. Welcome to 2018, folks. Just like 2017 only with more insanity.

As many of you know, as Lavar works on starting up his own basketball league, his two youngest sons, LiAngelo and LaMelo, will forego their required one year of pretending to go to college and instead will be suiting up for Vytautas (that’s the name of the team – can’t wait to cop a jersey) in Lithuania. Who knew that “Big Ballers” played in Lithuania, huh?

After being savagely trolled by one European team coach, Lavar “successfully” landed his sons this gig where the people of Lithuania obviously have no idea what they have gotten themselves into with the Ball family. Eh, I am sure nothing could possibly go wrong.

Ball family minutes away from landing here in Lithuania and musician Jurgis Did here to welcome them with a song. pic.twitter.com/27yWcNvVWr

Marius Stonkus, CEO of https://t.co/Og2wKYBcEk, just told me that the company paid for the Ball family's flights from LA to Vilnius. pic.twitter.com/81iXuP8ifm

The scene outside the baggage claim door — awaiting the Ball family. pic.twitter.com/d8Z6No7Gar

Chaos in airport after Ball family landed in Vilnius pic.twitter.com/JXxKKDVB1d

LiAngelo and LaMelo Ball are expected to make their debuts for Vytautas next week. How much they will actually play for the team has yet to be determined, but knowing Lavar he’s probably already taken care of that.

Now then, I wonder if there will be any media coverage when the Ball brothers actually play their first game?