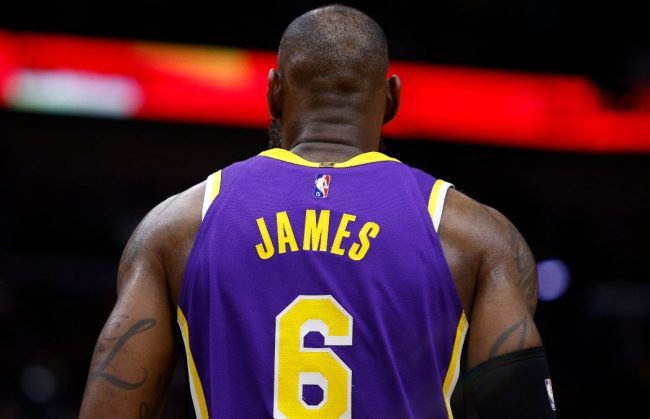 LeBron James recently signed an extension, keeping him locked in with the LA Lakers through the 2024 season (he has a player option for the 2024-25 season). Many have speculated when he’ll retire from basketball, as the superstar small forward is in his late 30s. However, it sounds like James has two X-Factors in play that will determine the rest of his career.

LeBron James Wants To Play With Bronny AND Bryce

In a Sports Illustrated Article, James hints at the longevity of his career. The Lakers small forward knows his time is coming to an end soon, but he’s not quite ready to hang it up just yet. In fact, it sounds like he’s interested in playing alongside both, Bronny and Bryce James before he calls it a career.

LeBron tells @SInow he wants to play with Bronny AND Bryce 🤯

James has pondered the idea of playing alongside his oldest son, Bronny James, before. His newly constructed contract gives him the freedom to leave the Lakers and sign with whichever team drafts his oldest son. However, LeBron James claiming he’d like to play with Bryce as well is new.

We’ll see how it all unfolds. LeBron James will be 40 years old in 2025 and Bryce’s projector to be in the NBA isn’t until the year 2026 or beyond. Based on how good James has been throughout his career, perhaps he can be just like Tom Brady and play forever.

It’ll be interesting to see how this all plays out. If LeBron James can continue playing at a high level, then he can surely be a factor wherever he goes no matter his age. Keep a close eye on Bronny and Bryce, as their basketball futures are incredibly bright.