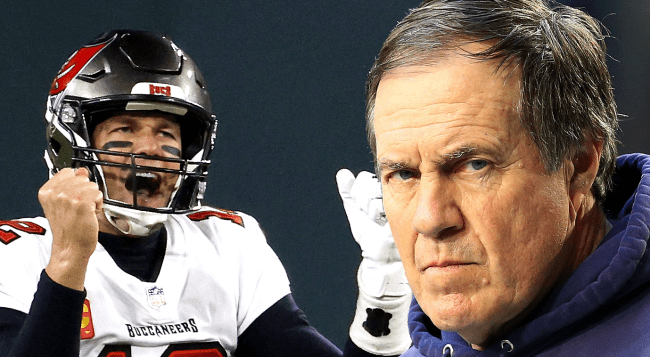 LeBron James knows exactly what it’s like to return to the city where you made your name as a professional athlete while wearing another team’s uniform. So he is well-suited to offer up a few bits of advice to Tom Brady who heads back to New England for the first time while wearing the colors of the Tampa Bay Buccaneers.

Brady, who spent 20 years playing for Bill Belichick and the Patriots, winning six Super Bowls, already knows that the fans at Gillette Stadium won’t be rooting for him to win, he just hopes they will respect his efforts.

One way he can do that, according to James, is by taking control of the game early.

“I remember that day like it was yesterday. December 2, 2010,” LeBron said about his return to Cleveland for the first time. “It was rough. I got no sleep the night before. I already knew the adversity and how crazy it was going to be. It was very challenging.

James finished that night with 38 points, eight assists and five rebounds in a 118-90 Heat victory and the fans booed him almost continuously throughout the game.

Considering he led the Patriots to 17 division titles, 13 AFC Championship Games, and nine Super Bowls in 20 years, Tom Brady probably won’t get batteries thrown at him like LeBron James did after “The Decision,” but you never know.