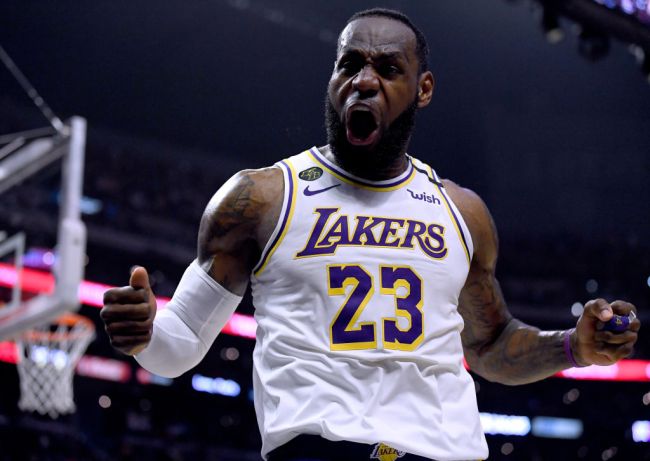 LeBron James has plenty of bulletin board material for next season.

On Thursday afternoon ESPN polled several scouts and executives around the league and none of them voted for LeBron as the best player in the league.

New ESPN story: Who is the NBA’s best player? What were the best and worst moves of the offseason? Who is going to win the title next season? We posed those questions, and more, to scouts and executives around the league as the offseason winds down: https://t.co/gCxNqcs8NR

Who is the best player in the NBA heading into the 2021-22 season?
T1. Giannis Antetokounmpo: 5 votes

After Antetokounmpo powered the Bucks to an NBA title and Durant — following his incredible performance against Milwaukee in the Eastern Conference semifinals — led Team USA to a fourth straight gold medal in the Tokyo Olympics, the two of them split the voting for the honor of the league’s top player going into next season.

The only other name even mentioned by those polled was James, though he ultimately didn’t receive any votes. It was clear all three stars were on a level unto themselves at this point.

LeBron was apparently offended about not receiving any best player in the league votes from execs and reacted accordingly.

It seems LeBron is taking mental notes about everyone counting him and the Lakers out because he made similar comments a few weeks ago after the team was criticized following the Russell Westbrook trade.