LeBron James Is Trying To Make You Feel Bad For Him 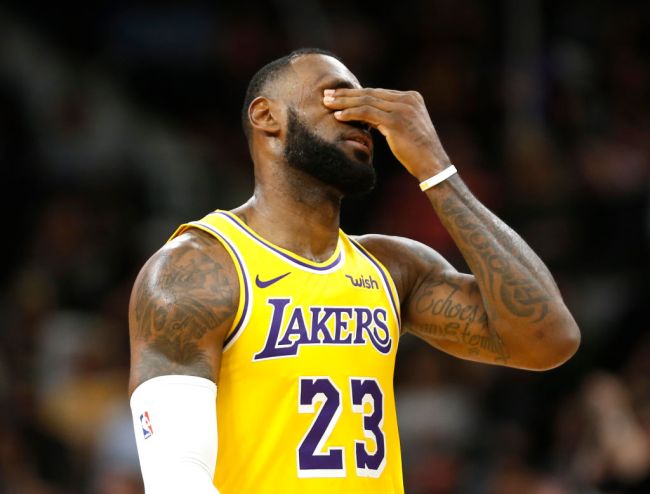 We are six weeks removed from Giannis Antetokounmpo carrying the franchise he was drafted by to its first title since Nixon was in office and the Baltimore Bullets finished atop the Central Division.

He did it with no flashy acquisitions or Woj bombs and in a city that ranks 25th in market size and whose biggest attraction is the Harley-Davidson Museum.

Following a 50-point title-winning performance in Game 6, the Finals MVP lobbed a thinly-veiled shot at the LeBrons and KDs of the world for hop-scotching franchises with the ease of

"It's easy to go somewhere and win a championship with somebody else … this is the hard way to do and we did it."

Giannis Antetokounmpo talks the talk after winning it all #NBATwitter pic.twitter.com/xoUJnmgIA3

Now, after LeBron’s Lakers secured 9-time All-Star and former league MVP Russell Westbrook, James is dusting off the Woe Is Me narrative like the team just traded Anthony Davis for Kwame Brown.

In a since-deleted tweet, LeBron was desperate to remind the world that the 2021-2022 Los Angeles Lakers will have the oldest team in NBA history, as if they constructed their roster at a Bingo hall.

LeBron’s out here trying to make us believe he’s constructed a roster full of Uncle Drew’s to make us forget that Giannis won Pat Connaughton a ring.

I’ll play along. The Lakers and trash and their 55-combined All-Star appearances were all a sham. If LeBron makes it out of the first round with this YMCA squad, he deserves to be knighted.