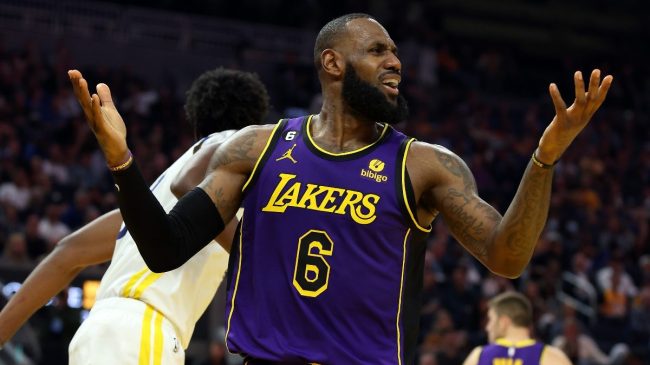 It’s been a slow start for the Los Angeles Lakers so far as the team has fallen 0-3 to start the season. They’re not shooting well and many are seeking answers as to why this squad is struggling. After losing to the Portland Trail Blazers, LeBron James put reporters on blast as they kept asking about one of his teammates.

ClutchPoints shows a quick clip of James putting the reporters on blast. There was a moment in the game where LeBron James looked frustrated with Russell Westbrook. However, the Lakers star clearly refuses to talk about his teammate to the media.

"I feel like this an interview of trying to set me up to say something… You guys can write about Russ and all the things you guys want to try to talk about Russ. I'm not up here to do that. I won't do it. I've said it over and over. It's not who I am."

It’s been a rough go for Los Angeles and it all began in the offseason. There were multiple rumors of the front office potentially shopping Westbrook, however, no trades came to fruition. Additionally, the cold shooting we’ve seen to kick off the season was kind of expected for the Lakers. Especially considering they don’t have many knockdown shooters on the roster.

Even so, LeBron James isn’t one to throw his teammates under the bus. He was clearly fed up with the questions being asked and felt the need to defend Russell Westbrook. Perhaps this team can get out of the rut eventually, but it’s going to take some time and patience.

LA will have a chance to win their first victory of the season on Wednesday. Hopefully, the roster can come together and perform much cleaner against the Denver Nuggets. If not, then LeBron James and his teammates could be answering more difficult questions.