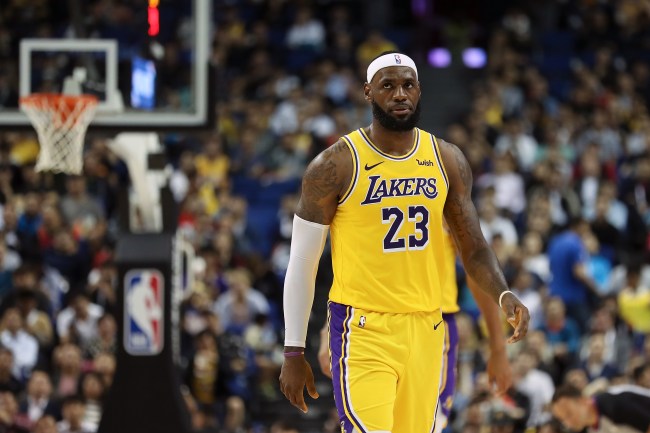 LeBron James has a bone to pick with ESPN’s Brian Windhorst.

During his Uninterrupted show on Monday night, LeBron gave a detailed answer when he was asked how he would have fit in with Michael Jordan if the two had played together on the same team.

Windhorst, who has a long history covering LeBron, wrote that the Lakers superstar fantasized about playing with MJ instead of wanting to compete against him on the court.

As people compare and argue about their legacies, LeBron James says he's envisioned Michael Jordan as a teammate not an adversary: https://t.co/WAB4OJCQTM

Many basketball fans enjoy debating who was better between Michael Jordan and LeBron James. But when the Los Angeles Lakers’ star fantasizes about playing with Jordan, it’s as his teammate, not his adversary.

LeBron felt Windhorst took his quote about playing with MJ out of context and set the record straight.

No I didn’t say I envisioned MJ as a teammate not an adversary. A question was asked “Do I think I could have been a teammate of his and compliment his game”. I love the greats and would have loved to play with them all during their runs because I a historian of the game but https://t.co/PxCv4EBydM

I also would die to compete vs every single one of them too! Don’t ever get it twisted! 👑. Nevertheless MJ Thank You for being my angel, inspiration, superhero!! 💐 💐

I’d love a behind the scenes look at how the Windhorst/Lebron relationship imploded https://t.co/m95V7zfZ7g