Stephen A. Smith And Skip Bayless Are Right, LeBron James’ Game-Winner Against Warriors Was Lucky 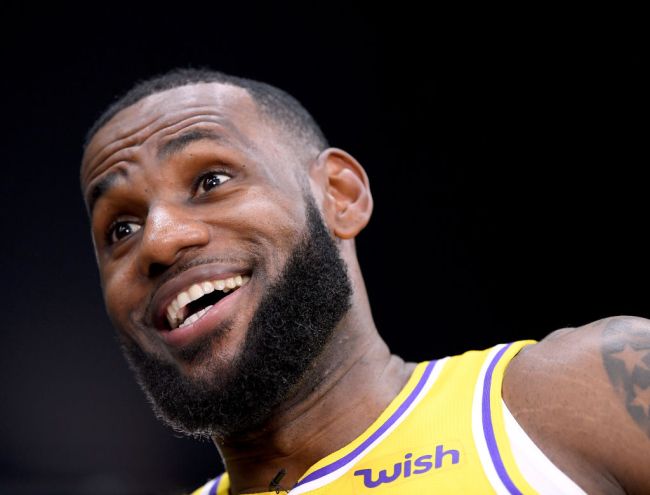 The Warriors-Lakers play-in game on Wednesday night lived up to the hype. The action was back-and-forth all night, Steph Curry, Anthony Davis, and LeBron James put on a show, and there was serious drama down the stretch with James hitting a wild game-winner to give Los Angeles the No. 7 seed in the West.

James hit a deep three with Curry’s hand in his face with just under a minute left in the contest as the shot clock was expiring and the Lakers held on from there.

LEBRON FROM WAY DOWNTOWN TO PUT THE @LAKERS AHEAD FOR GOOD! pic.twitter.com/DbMStzlAVg

There’s no denying that James’ shot was great. Things went from a busted possession for the Lakers to the game-winning possession thanks to James hitting the shot well beyond the three-point line.

There’s also no denying that the shot was lucky. I’m not the only one saying that, either, Stephen A. Smith and Skip Bayless are among the group of people that thought James got lucky with the three as well.

Bayless was quick to jump on Twitter and call James’ shot lucky. He sort of backhand complimented him in the process, but nevertheless, the point remains that it was luck.

Lucky desperate three by LeBron with the pressure off at the end of the shot clock. He's at his best when there's no drive-or-launch decision. He can just heave and hope. If he misses, no expectation, no fault. It's an "impossible" shot. Besides, he "was seeing three rims."

While Bayless was busy writing about the shot on Twitter, Stephen A. joined the ESPN postgame show and said the shot was lucky as well.

Even LeBron himself admitted that he was lucky to hit the shot. Just a minute earlier in the game, he took a shot to the face from Draymond Green that caught him in the eye. After the game, James claimed that his vision was all over the place and that he actually saw three rims when he pulled the trigger on the game-winner and just aimed for the middle rim.

LeBron on his game-winning shot:

“After Draymond’s finger to the eye, I was literally seeing three rims out there. I just shot for the middle one”

James may have been over-dramatic in saying he saw three rims, which would be surprising to no one, but if he was actually seeing three different rims, then yes, the shot was lucky and we’re now living in a world where Bayless and Stephen A. actually agree on something.