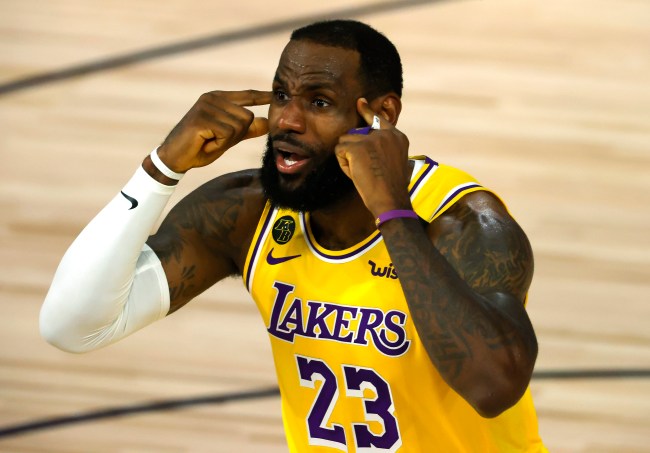 Earlier this week, LeBron James made a big deal about the NBA play-in tournament that pits teams between the 7th-10th seeds against each other for the final two playoff spots.

During a postgame media session, LeBron commented that he believed the person who came up with play-in idea needed to be fired.

LeBron on the NBA Play-In Tournament: "Whatever the case may be or we end up in the Playoff whatever that things is. Whoever came up with that s**t needs to be fired. But whatever." pic.twitter.com/lwRReGAQQ8

On Wednesday, the Washington Post’s Ben Golliver reached out to NBA exec Evan Wasch, who came up with the play-in idea, after LeBron’s comments went viral and Wasch disagreed with the NBA superstar’s assessment.

Story: LeBron James said that somebody "needs to be fired" for the new play-in system. Understandably, the NBA's play-in guy doesn't quite see it the same way @PostSports https://t.co/8wBx00p4kQ pic.twitter.com/qsqsiHrLk4

Even so, the designated “play-in guy” at the league office would be Evan Wasch, whose formal title is Executive Vice President of Basketball Strategy & Analytics and whose previous projects have included the introduction of target scoring to the All-Star Game.

Wasch made it clear that he doesn’t seek credit for the new proposal’s recent successes, and he took the high road when presented with James’s criticisms.

“Obviously, we welcome feedback from our players and teams,” Wasch said Tuesday, through a league spokesperson. “But, on balance, we believe the play-in tournament offers more benefits than downsides.”

>You’ve significantly increased the competitive incentive in a much wider swath of the standings [for teams] to want to move up,” said Wasch, who has worked at the NBA for nearly a decade. “The intent is to give more teams, more markets and more fans the feeling that they still have something to play for. On that basis, it’s absolutely been successful.”

Unfortunately for LeBron it seems like the play-in tournament is here to stay considering most NBA owners are excited that the idea may actually help eliminate tanking.