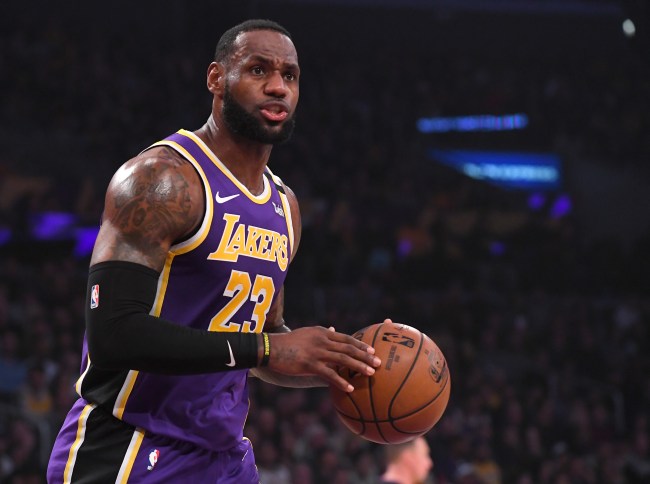 The Orlando Magic have zero chance of landing LeBron James in the future.

During the latest episode of HBO’s “The Shop” LeBron found himself in a conversation about living in Orlando.

According to LeBron, he’s so sick of Orlando after living there for three months while inside the bubble that he would flat out refuse to play for the Magic if he got traded there.

LeBron: "Anytime I hear Orlando right now I get PTSD."

Mav: "Orlando has no chance of free agency?"
LeBron: "They have no chance."

Mav: "What if you get traded to Orlando."
LeBron: "I'm not going. I'll just retire."pic.twitter.com/W2ejOvwk9z

LeBron: “Part of the reason I haven’t taken my daughter to Disney World, anytime I hear Orlando right now I get PTSD, I was in the bubble for 95 days

Maverick Carter: “Orlando has no chance of free agency?”
LeBron: “They have no chance.”

Carter: “What if you get traded to Orlando.”
LeBron: “I’m not going. I’ll just retire.”

The latest episode of The Shop featuring Jay-Z, Bad Bunny,Neeka Ogwumike & Paul Rivera can be currently seen on HBO Max.