LeBron James, Now In His 15th NBA Season, Shared His Thoughts On When, And Why, He Will Retire 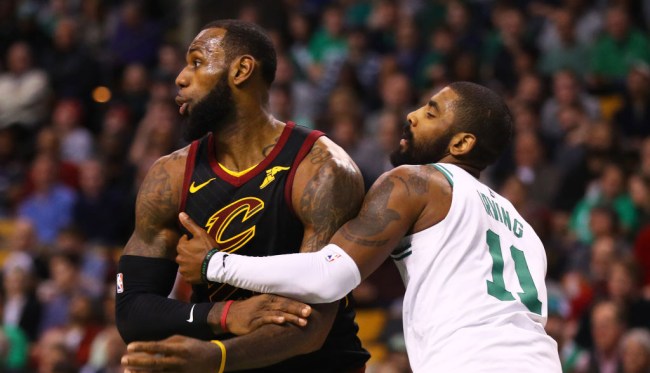 Hard to believe, but LeBron James is now in his 15th season in the NBA. You’d never know he’d been around that long, longer than most NBA players, by the ridiculous statistics he’s been putting up this year, 27 points, nine assists, and eight rebounds per game, but it’s true.

That being said, the end comes eventually for every professional athlete, no matter how good they are. And despite still being only 33-years-old, James has used up a whole lot of tread on his tires. Not that you’d know it from a recent interview he did with USA Today.

“I’ve already went further than I thought I would go. Every thing after this point is extra credit. Fifteen years. I don’t know, I’ve been in this spotlight for half of my years. I’m 33 now. This thing started when I was 15. 18 years I’ve been in this light. I’ve already exceeded everything I’ve dreamed about. At this point, I’m just adding crazy toppings on the cake like my daughter would do. Throw all kinds of stuff on the cake and whatever happens happens.”

As for whether he’s given any thought to when he will retire, the answer is yes, and he has three good reasons why.

“The only thing is with my kids getting older, that’s the only thing that kind of stops me from going as long as I’d like to,” James said before the Cavaliers played the Toronto Raptors. “I’ve got a 13-year-old son now (LeBron Jr.). He’s in the seventh grade. He’s a damn good basket player, too. On this road trip, I’ve already missed four of his games. That’s the thing that kind of sucks.

“I’ve got a 10-year-old boy (Bryce), 3-year-old girl (Zhuri). Daddy side kicks in sometimes. That will be a deciding factor in how long I want to play.”

We’ve seen that side, more than once, when LeBron attends his son’s AAU games.

Still, James may be 33 and 15 years in, but as we saw Thursday night, he’s definitely hasn’t lost that fire, so don’t expect him to hang it up very soon.

Besides, as James pointed out, “I’ve got too many sneakers to sell still.”