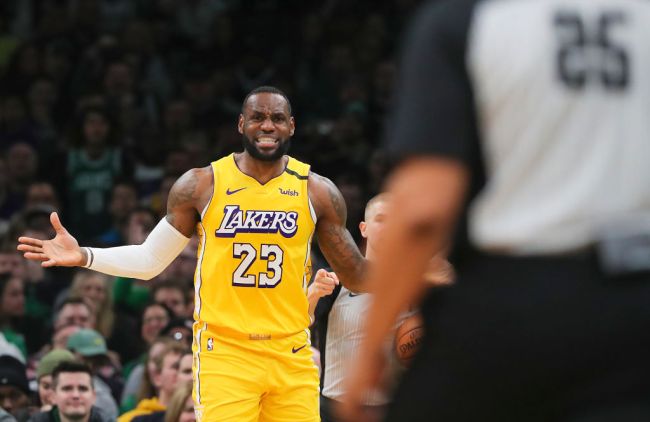 During ESPN’s annual offseason survey, league execs and scouts don’t believe LeBron is currently the best player in the world as he got zero votes for the honor. Instead, Kevin Durant and Giannis Antetokounmpo both received 5 votes from the 10 polled execs/scouts who participated in the survey.

New ESPN story: Who is the NBA’s best player? What were the best and worst moves of the offseason? Who is going to win the title next season? We posed those questions, and more, to scouts and executives around the league as the offseason winds down: https://t.co/gCxNqcs8NR

Who is the best player in the NBA heading into the 2021-22 season?
T1. Giannis Antetokounmpo: 5 votes

After Antetokounmpo powered the Bucks to an NBA title and Durant — following his incredible performance against Milwaukee in the Eastern Conference semifinals — led Team USA to a fourth straight gold medal in the Tokyo Olympics, the two of them split the voting for the honor of the league’s top player going into next season.

The only other name even mentioned by those polled was James, though he ultimately didn’t receive any votes. It was clear all three stars were on a level unto themselves at this point.

The execs/scouts polled believe LeBron’s Lakers are title contenders but the Brooklyn Nets are the overall favorites to win the NBA championship next season.

The overwhelming title favorites, however, are the Nets, who received six of the 10 votes to win the championship. The Lakers, with two votes to capture the title, were the only other team to get more than one.

The talent Brooklyn has amassed is expected to be enough, even if the Nets have to deal with the same injury and chemistry questions as last season.

“The only thing that can stop them,” an East scout said,” is themselves.

NBA fans had some interesting reactions to LeBron getting snubbed from the best player list by execs this year.

Im not surprised, he’s not the best player in the world anymore and people just have to accept that 🤷‍♂️ https://t.co/HEo508XoTY

Lemme be honest, LeBron wasn't the best before he went down, he won't be the best this year and the year he won the chip he wasn't the clear best as everyone said, people will always hold on to what they know before they form new opinions, LeBron isn't and hasn't been the best. https://t.co/Bd7C4ZELwT

they gonna regret this as always. https://t.co/bHDOJ5crxh

If you know ball you know how this ends https://t.co/ubh99EnViJ pic.twitter.com/5BRf3AWnSJ