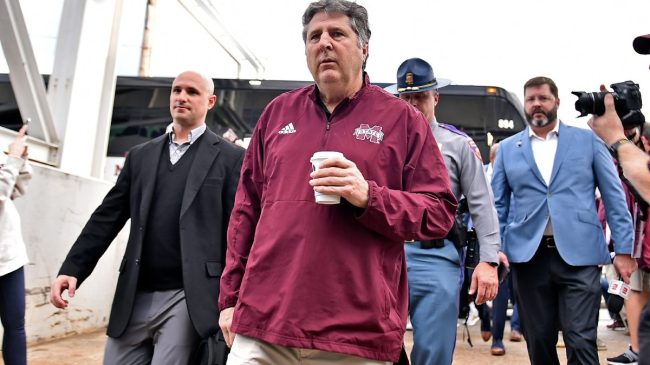 SEC Media Days wrapped up on Thursday, and there were a number of interesting storylines. The league’s coaches commented on a variety of topics, ranging from NIL to recruiting to the outlook on the upcoming season.

But there was no greater takeaway than this, and no, it didn’t involve a Nick Saban-Jimbo Fisher drama. It revolved around the length of each coach’s opening statement.

Alan Cole, a beat writer for Rivals, tallied the exact number of words for each SEC head coach’s introduction. This stat, oddly enough, isn’t all that surprising.

SEC newcomers Shane Beamer and Clark Lea led the way as the only two speakers to eclipse the 2,000-word mark. Both are entering year two with their programs, and much of their introductions revolved around trying to sell their programs. As two teams that have struggled to find wins in recent years, both Beamer and Lea are hoping to grab the support of both recruits and fans.

Some of the league’s more established coaches, like Nick Saban and Mark Stoops finished near the middle of the pack while the two Mississippi schools got right to the point. I will say, I expected more from Lane Kiffin.

The funniest count, though, was that of Mike Leach, who’s opening act was just seven words long. It consisted of, “Alright, well I appreciate that. Any questions?”

That word total was as small as Leach’s (playbook) package.

Fans were quick to point out the introductions on social media, with many making humorous jabs at each coach’s personality.

Fans on social media were quick to react to the SEC Media Day opening statements. Many chimed in with hilarious responses surrounding the topic.

Of course, Mike Leach was at the center of the discussion.

7 words from the Pirate. Sounds about right. https://t.co/X9XgPY13DW

Worth noting that Fisher's 493 words and Leach's 7 words both took 32 seconds.

And it wouldn’t have been complete without a comment on Brian Kelly’s Louisiana accent.

Did Brian Kelly talk in his accent?

All-around great stuff here. This should be a talking point for SEC media events moving forward.