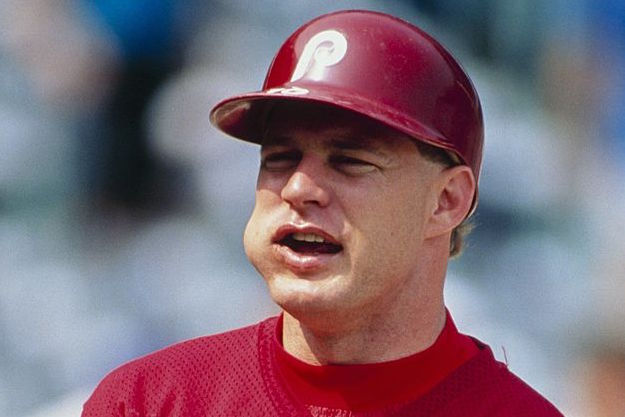 During his 12 seasons in the MLB, Lenny Dykstra earned a reputation as one of the most boisterous players in the league and provided plenty of entertainment on a diamond he almost always stepped onto with a cheek stuffed to the brim with chewing tobacco to play at a level that saw him participate in the All-Star Game three times over the course of his career.

However, over the years, he also cemented himself as (for lack of a better phrase) a “gigantic piece of shit” for an impressive variety of reasons. He really kicked things off when he crashed his car in 1991 while rocking a blood alcohol level of a whopping  .179%, which marked the beginning off a few decades of controversy that involved accusations of sexually harassing a 17-year-old girl and routinely using basically every racist, homophobic, and sexist slur you can think of.

However, he had a truly banner year in 2011, as he was accused of sexually assaulting his housekeeper, formally charged with fraud connected to his 2008 bankruptcy filing, was convicted of indecent exposure, and charged with an impressive number of crimes after being found in possession of a stolen car, some ecstasy and cocaine, and some HGH just for good measure.

To my knowledge, baseball doesn’t have the same CTE problem football does, and while ‘roid rage is certainly a thing, the most likely explanation for Dykstra’s marathon of poor behavior may also be the simplest one: he’s just an inherently awful person.

It appears a judge in New York agrees with that assessment based on a ruling that was recently released concerning a lawsuit filed against his former Mets teammate Ron Darling, who released an autobiography last year in which he asserted Dykstra yelled words you’d expect a racist person to direct at a black person when he harassed Red Sox pitcher Dennis “Oil Can” Boyd during the 1986 World Series.

Dykstra responded by suing Sterling for libel and “intentional infliction of emotional distress,” but according to NBC Sports, the judge wasn’t having any of that, as he dismissed the case while using Dykstra’s terrible, horrible, no good, very bad reputation as justification:

Prior to the publication of the book, Dykstra was infamous for being, among other things, racist, misogynist, and anti-gay, as well as a sexual predator, a drug-abuser, a thief, and an embezzler. Further, Dykstra had a reputation—largely due to his autobiography—of being willing to do anything to benefit himself and his team, including using steroids and blackmailing umpires.

Considering this information, which was presumably known to the average reader of the book, this Court finds that, as a matter of law, the reference in the book has not exposed Dykstra to any further “public contempt, ridicule, aversion or disgrace,” or “evil opinion of him in the minds of right-thinking persons,” or “deprivation of friendly intercourse in society.

Dykstra, as you’d expect, reacted to the news with calmness and rationali—just kidding. He took a break from apparently dealing with the aftermath of getting rear-ended by a car while in an Uber to share his thoughts on the matter.

Part A: I ain’t done with Mr. P aka Ron Darling aka Jussie Darling by a long shot. (Video from the side of the 405 after my @Uber got rear-ended.) @nypost @BobGrotz @mike_greger @barstoolsports @DolansBar @NYDailyNews @BreitbartNews @TonyBrunoShow @KirFlem @StaceyPrussman pic.twitter.com/k3phSrDwmY