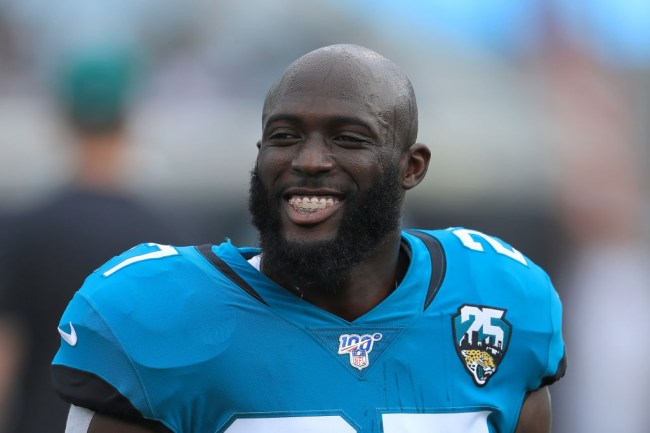 There are quite a few emotions I think I would feel and show when being tackled in the NFL. I’d be nervous, tense up, maybe close my eyes in fear and most likely scream due to the fact I know the pain that’s headed my way. That’s not the case for Leonard Fournette, however.

The Jacksonville Jaguars’ running back doesn’t feel any of those things, nope, instead, he’s happy and actually laughs when he gets tackled by giant men running full-speed at him.

.@_fournette giggling on his way to the ground is so pure. 😄😊@Jaguars pic.twitter.com/rUs7xPSWZu

NFL Films calls it ‘pure,’ but I call it absolutely crazy.

I understand laughing at your opponent trying to get under their skin, but for Fournette it’s like he loves every second of being tackled. He’s not just laughing after the play is dead either, he’s full-on laughing half a second after contact.

The dude clearly loves football and getting beat up in the trenches, so good for him that this whole NFL running back thing worked out.

Getting tackled when you’re 6-foot, 228 lbs is probably a different experience than say a guy like me at 5-10, 165 lbs but laughing? Nope, I still think it’s a psycho move.

Maybe this will turn into Fournette’s signature thing. Before this clip it wasn’t a known thing he does this, maybe he’s done it forever.

If he’s laughing after these types of plays, was he absolutely howling at himself after destroying my guy from Ole Miss back 2016?