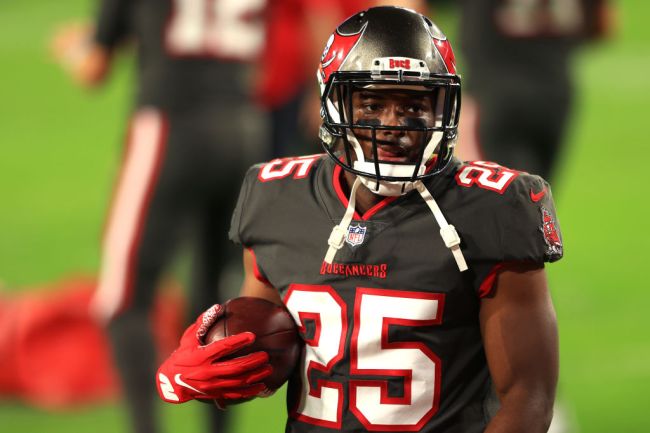 LeSean McCoy has had a fantastic NFL career having led the league in rushing in 2013 and having been named a Pro Bowler six-times. He’s also the proud owner of two Super Bowl rings after his Buccaneers beat up on the Chiefs in Super Bowl LV, and interestingly enough, he didn’t play a single down in either of the Super Bowls he’s won.

McCoy rushed for 465 yards and four touchdowns for the Chiefs during the 2019-20 regular season but didn’t take the field during Kansas City’s Super Bowl win in 2020. He elected to sign with Tampa Bay in the offseason, only had 10 rushing attempts the entire year, and was inactive for the Bucs during the big game.

So, go ahead and put this fun fact in the back of your brain for the next sports trivia night at the bar.

It was only four years ago when McCoy rushed for over 1,000 yards with the Bills, but now at 32-years-old and having picked up a few injuries along the way, it’s gotten tougher for him to find the field. But hey, when it’s harder to find playing time, why wouldn’t you sign with a contender that has a shot at hoisting the Lombardi?

While Fournette didn’t really have an impact on the Bucs during games, back in January Leonard Fournette was quick to point out that the veteran played a huge role in Tampa Bay’s running back room.

I disagree for someone with his resume to be a mentor too guys like myself and the rest of the running backs I’ll say he played a big role in our room, he has been cut before like me, he taught me how to handle that situation God put him on the bucs for a reason… @CutonDime25 https://t.co/zvPANawvjD