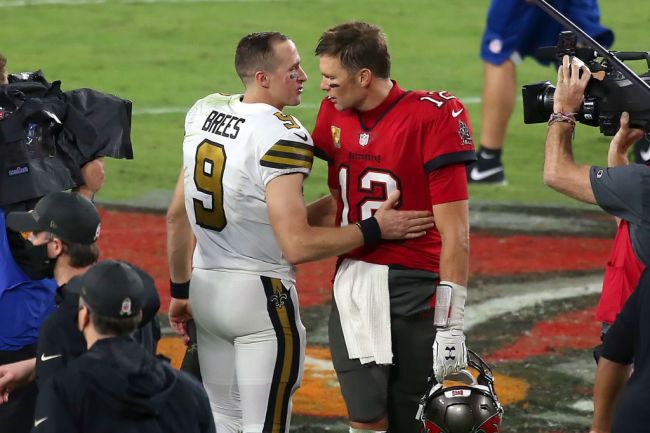 Last year in the playoffs, Brady and the Bucs eliminated the Saints in New Orleans in what would eventually be Brees’s final NFL game.

After the game, Brady was seen hanging with Brees and his kids on the field in what many felt was a classy exchange between the two legendary QBs.

According to LeSean McCoy, as soon as Brady left the field after playing catching with Brees’s kids, the Bucs QB was extremely hyped about beating his longtime rival.

What a story from @CutonDime25 about @TomBrady and @drewbrees 🤣

"Tom is out there throwing with Brees’ kids. Kissing babies. We get back to the locker room, Tom goes, ‘I got his ass! Let’s go! Sit his ass down!’ We were all like, ‘ohhhh!'”pic.twitter.com/EMrqHwLmu0