Wait, Did Le’Veon Bell Just Hint At Joining A Team That Came Within A Game Of Playing In The Super Bowl? 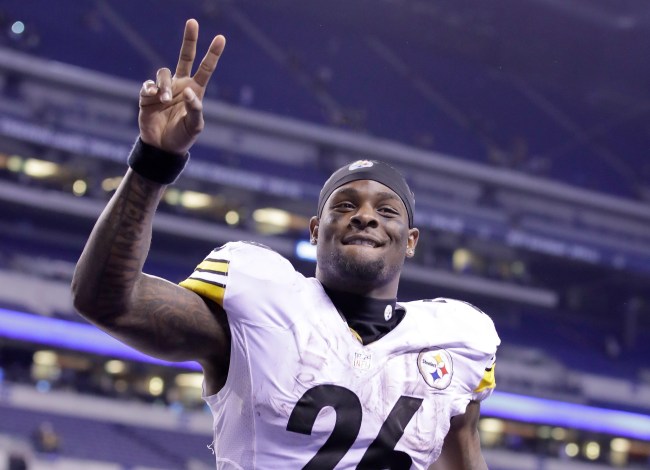 Le’Veon Bell seems like a forgotten man right now amidst all the crazy rumors in the NFL offseason. Hell, on the Pittsburgh Steelers alone, there’s more talk about where the team might ship off wide receiver Antonio Brown rather than where the All-Pro running back might end up going in free-agency. That’s going to happen when a player holds out for an entire season like Bell did, I suppose?

But Bell’s trying to at least take back some headlines again now that the silly season in the league is about to start, with rumors swirling about which players teams might target in free-agency and what their plans are for the NFL Draft. So how’s Le’Veon Bell drawing attention to himself? Social media, of course.

Hanging out with Kansas City Chiefs’ defensive end Chris Jones today, the two teased the idea of having Le’Veon Bell join a team that came within an overtime loss of reaching the Super Bowl. Take a look at the video from Jones’ IG account below, which Bell also echoed by playfully hinting at the whole Chiefs possibility on his IG story, too.

Yep. Just your regular Wednesd—HOLD UP is that Chris Jones AND Le’Veon Bell!!!?

Sure, this probably isn’t plausible — seriously, it’s probably just two dudes hanging out in sunny weather, joking around and making football fans, especially Chiefs fans, get a little excited that there might be more. But after seeing Kevin Durant join the Golden State Warriors a couple of years ago, as sports fans, we should know by now that anything is possible.

In related news, could you imagine what the Chiefs offense would look like if it added the dynamic Le’Veon Bell? It already features playmakers like Pat Mahomes, Tyreek Hill and Travis Kelce, among others, so it’d be like a video game on steroids. Part of me kind of wants to see this happen.

Unfortunately for Chiefs fans, the Instagram tease might be as close as they get to Le’Veon Bell considering joining the team given his outrageous contract demands and the limited salary cap space Kansas City has — which is the fifth fewest money in the NFL at about $10 million this offseason, per OverTheCap. But, hey, pull a couple strings there, restructure some contracts there and… OK, there’s about .000001 chance of Le’Veon Bell joining the Chiefs, but it’s a fun dream.