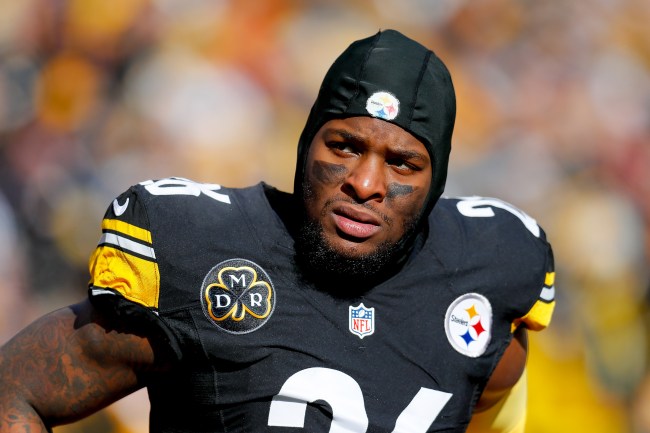 The Le’Veon Bell drama with the Pittsburgh Steelers is one that has clouded the NFL for the past nine months or so. Ever since the star sunning back said he wouldn’t sign the franchise tag from the team — which carried a one-year salary of $14.5 million — everyone around the league and fans believed he was just bluffing. I mean, damn, talk about a power play, right? Who has the balls to ignore $14.5 million for one year? Apparently, Le’Veon Bell, that’s who.

With recent reports saying Bell isn’t planning on joining the Steelers before this Tuesday’s deadline for him to do so — which would still allow him to earn some of his money — it got some thinking how much he’d have to make in his next contract to make up all that he would lose this season if he doesn’t collect a paycheck. Remember, Le’Veon Bell is losing $852,000 each week he’s sitting out, and, per ESPN, will bypass the chance to make $6 million if he were to report by Tuesday’s deadline.

To help us answer the question about how much the three-time Pro Bowl running back would need to earn in the next two years to break even, Ian Rappaport told us this morning.

A look into the future at what kind of deal future FA RB Le'Veon Bell would have to earn to make up for making $0 this year… but it's too early to know whether he'll do it. pic.twitter.com/6s9KZi9hxd

$42 million! That’s right, guys, three times what he would have earned this year had he just showed up and balled out like he always does. There are some crazy NFL contracts out there, but they aren’t typically going to running backs who are taking a beating each and every week, so I’m not so confident Bell gets that kind of cash from anyone, no matter how talented he is.

The good news for the Steelers is that, even with Le’Veon Bell absent, his backup, James Conner, has actually put up Bell-like numbers, meaning Pittsburgh’s still a juggernaut offensively. The same can’t be said for fantasy football players, though, who took the chance on drafting Bell (presumably) in the top-5, and are getting burned now. Hell, Matthew Berry even defiantly called Le’Veon Bell “the worst draft pick in the history of fantasy football.”

Some thoughts on LeVeon Bell pic.twitter.com/jTam6tormG

Those are some harsh words, but, hey, if you’re one of the people who got burned by taking Le’Veon Bell in your fantasy draft, you probably agree.

From all the money he’s losing to royally screwing over fantasy football owners, it really hasn’t been a great year for Le’Veon Bell, and it’ll be interesting to see which team is willing to break the bank for him during the offseason, because he’s kind of killed his rep with this unprecedented strategy.