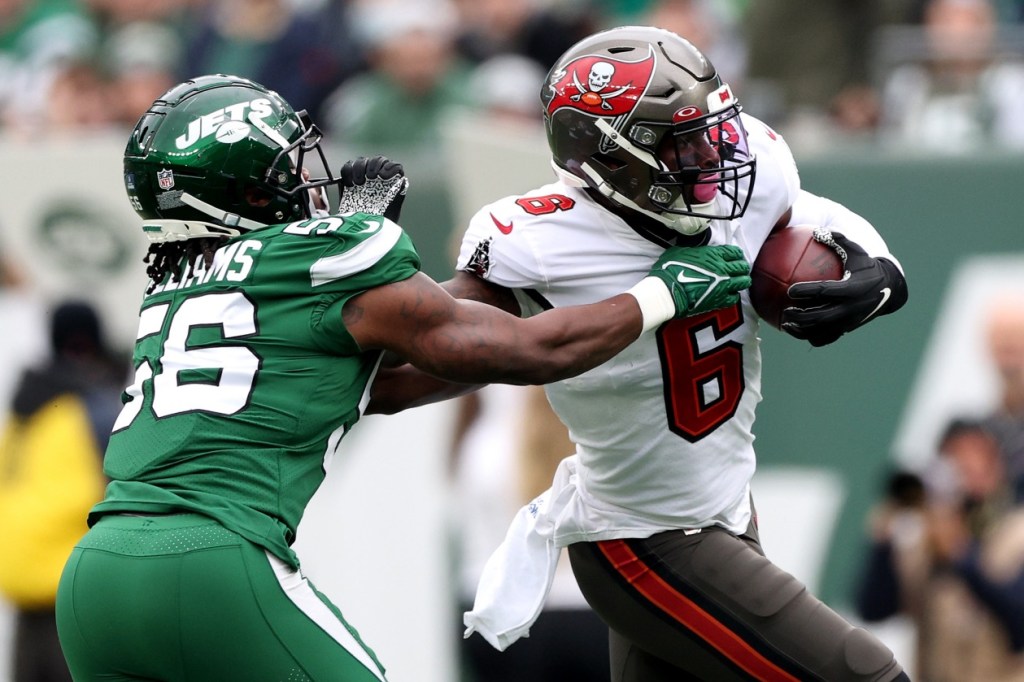 The Tampa Bay Buccaneers beat the Jets and secured a 12-win season for just the second time in franchise history and the last time they had a 12-win season they won the Super Bowl (2002). They also won the game without veteran wide receiver Antonio Brown who took off his clothes and walked off the field mid-game.

It was one of the wildest moments of the season. Bucs head coach Bruce Arians confirmed after the game that Antonio Brown had been cut by the team. Losing his job didn’t stop AB from releasing a new rap song hours after the game.

There’s no confirmation yet of why Antoni Brown had a meltdown and quit the team. There are reports that he told the coaches he was injured, they asked him to play, and he refused and was consequently he was kicked off the sidelines. This was also just the second week that Antonio Brown and Le’Veon Bell were reunited after their years together on the Pittsburgh Steelers.

After the game, pretty much everyone in the Bucs organization was asked about Antonio Brown. Quarterback Tom Brady expressed compassion for AB’s situation. And longtime friend and teammate, Le’Veon Bell offered up his thoughts. Bell says he didn’t even hear about AB quitting the team until they got back. to the locker room.

“I found out when we got into the locker room after the game, I instantly sent him a text real quick, he texted me back. He’s still one of my closest friends. You won’t hear me talking bad about AB at all. Things happen, but he’s one of my closest friends that I’ve been around, close teammates. Overall good person. Obviously some bad decision-making sometimes, but he’s human, he’s not perfect, and we’ll continue to move on without him and keep moving forward.”

“It’s tough. When I came over here I was happy to be reunited with him. Unfortunately, it was only two games. But I wish the best for him outside of football or whatever’s next for him. He’s still one of my closest friends.”

Le'Veon Bell said he texted Antonio Brown after the game, said he's still one of his closest friends and he can't say anything bad about him. "Obviously, some bad decision-making at times," he said.

Le’Veon Bell said he tried to text Antonio Brown after the game. Says he was happy to be his teammate again and now this. “It’s tough,” he said.

It’s certainly interesting to see how athletes are reacting to the Antonio Brown saga. In general, it seems like the closer athletes have been to Antonio Brown at some point the more outspoken they are about how great of a person he is. Which could very well be the case, I don’t know him at all. But his public actions tell a different story and social media was all over it.

He’s a grown man, Bell can’t control what he does. For all we know, they’ve probably had that conversation.

He didn’t defend his actions or justify them. He simply said he’s not talking bad about that man. That’s a real friend. You don’t know what conversations they may have had regarding AB’s bad decisions. Bell even admitted that AB makes bad decisions.

It’s weird to envision a world where we see Antonio Brown play on an NFL team again after quitting mid-game. But if I was a betting man I’d wager that AB gets at least one more chance from a team, and probably another one after that.