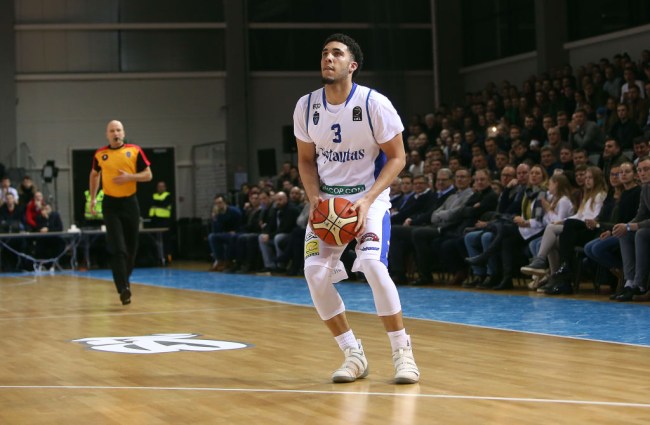 Earlier this week, the LA Lakers informed LiAngelo Ball that they wouldn’t sign him to their summer league team. At first it was reported that LaVar may have been one of the reasons LiAngelo wasn’t signed to the team.

Lakers officially informed LiAngelo Ball he will not be on their Summer League team last night. They were determined to make this a basketball decision but as one source put it, “obviously there’s more to it than basketball.” In other words— the LaVar effect was real.

When it comes to LiAngelo Ball and summer league, a Lakers source said “talent-wise he just didn’t make the cut” and that the team “felt like we had better options on the table.”

Today, a video of LiAngelo’s pre-draft workout at the IMG-Academy leaked online and it’s not very pretty. In the video Ball could be seen shooting brick after brick eventually going 4-15 while unguarded.

Yeah you can’t be an NBA prospect and just look this bad during a workout. Hopefully Gelo eventually does get another shot to prove himself in the G-League but it’s not looking good for him so far.