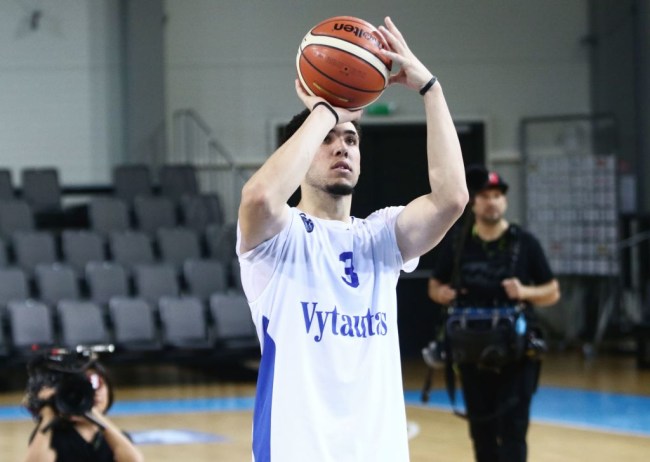 In the last few months it’s become apparent that LiAngelo Ball is probably not skilled enough to play in the NBA especially after his poor showing in front of NBA scouts.

Don’t count on LiAngelo Ball following in his brother’s footsteps.

While the Los Angeles Lakers held a workout Tuesday that included the younger brother of starting point guard Lonzo Ball, a person with knowledge of the situation told USA TODAY Sports team officials have no interest in drafting or signing the 19-year-old – for the NBA team or even the G-League team, the South Bay Lakers.

The person spoke on the condition of anonymity because opinions of draft prospects aren’t typically shared publicly.

LiAngelo decided to join his brother LaMelo in their father’s JBA league to mixed results. While Gelo has had some good games, his latest stat line isn’t very good. On Wednesday, LiAngelo took 54 shots making only 19 of them while going 5/24 from three in a 48 point scoring effort.

Of course the Internet had some thoughts on LiAngelo’s bizarre stat line.

So Liangelo Ball took 54 shots and only had 48 points. I tracked down some footage of him playing in the game. pic.twitter.com/0R0yOQo2H9

You miss every shot you don’t take. Probably left some meat on the bone, if I had to guess

LaMelo Ball actually had a pretty good game and scored 48 points on 35 shots while grabbing 24 rebounds and 12 assists.