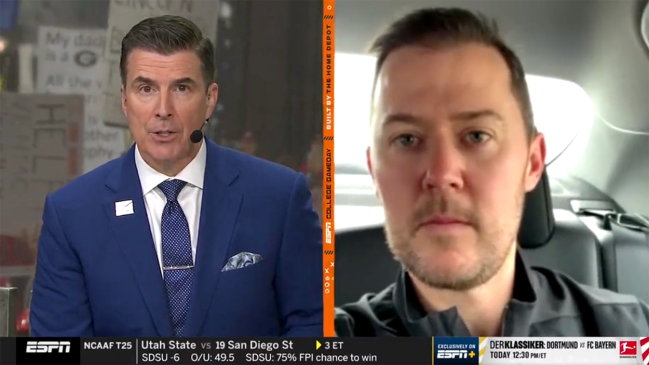 Lincoln Riley is the new head coach at USC. He was reportedly being pursued by Louisiana State, but chose to leave for Los Angeles.

A big factor in Riley’s decision to bolt for the Trojans’ job was reportedly his desire to avoid the Southeastern Conference. Reaching the College Football Playoff at USC is a much easier task. All he has to do is win the Pac-12, a relatively weak conference, with a one-loss or maybe a two-loss record.

While that is currently the case at Oklahoma, just with the Big-12 Championship, the Sooners are heading to the SEC. LSU is already there.

To reach the playoff in the SEC, a team needs to hold the same record. But to do so, it requires wins over much better opponents.

An SEC job also requires a head coach to recruit against other SEC programs. If he were to have stayed with Oklahoma or leave for LSU, he would have had to compete against the Alabama and Georgias of the world for talent.

Thus, per reports, Riley was uninterested in going south. For that reason, and the money, and the fact that USC is the storied program that it is, he bounced for the City of Angels.

This morning, during the first College GameDay since his decision, Riley remotely joined the crew for an interview from what appeared to be the back of a car.

He proceeded to get ruthlessly trolled by the college football fans in attendance.

Saturday’s GameDay was held in Atlanta ahead of the SEC Championship, so there were plenty of Georgia and Alabama fans in the crowd. When Riley’s face appeared on the screen, those fans got their money’s worth and chanted “S-E-C” in unison.

Alabama and Georgia fans strike up the SEC chant during Lincoln Riley's interview on Gameday. 😂 pic.twitter.com/Y23QJPG9dO

Riley was unfazed, but it’s hard to imagine that he couldn’t hear the trolling in the background of Chris Fowler’s audio. It was LOUD.