Lincoln Riley Reportedly Wanted Out Of Norman ASAP After Taking The USC Job, Walked Out On Players 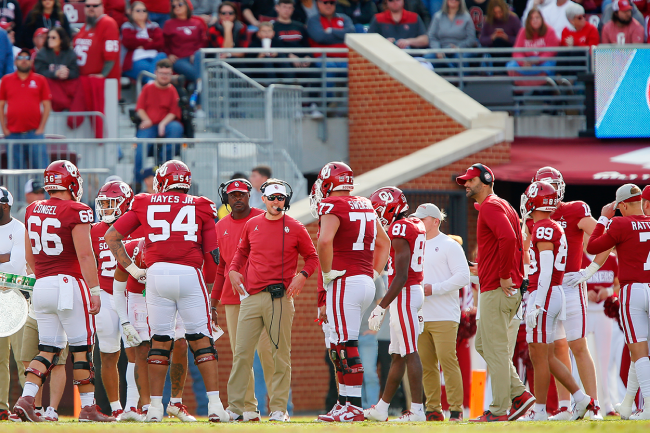 When it comes to being a head coach of a college football team, building a program is not easy. It takes around-the-clock dedication to not only getting your team ready on the field, but securing the athletes in the locker room off of the field.

Personal relationships are built with players, recruits and staff at a school and leaving is typically a difficult thing. Especially if a coach has been with a program for a significant amount of time and success.

Riley, who accepted the USC job on Sunday afternoon, has already moved on to the Trojans. Norman and the Sooners is a thing of the past— just like that.

Less than 24 hours after accepting the offer from athletic director Mike Bohn, Riley and his family arrived in LA.

That is pretty standard. Riley has also already begun recruiting for the Trojans, which is also pretty normal— especially with the importance of Early Signing Day in just a few weeks.

However, what is not typical of a coach leaving for another program, is the brevity that has been reported in regard to Riley’s meeting with his former team. The 38-year-old spent five years with Oklahoma and won 55 of 65 games. And yet, he spent only a few minutes with his players after bouncing to Los Angeles.

Was told and confirmed that Riley only spent a couple of minutes with the team to tell them the news and then walked out.

Maybe Riley is not big on goodbyes. Maybe he felt guilty and could not face his guys. Regardless of the reason, to spend only a couple of minutes with players that he had uproot their lives to Norman, Oklahoma for a chance to play under him, is an interesting move.

No hugs, no handshakes, no thank yous, no questions, nothing. Riley clearly wanted out of there.