Lindsey Vonn Proposes To P.K. Subban On Christmas Day In ‘Non-Traditional’ Move That Would Shatter My Fragile Ego 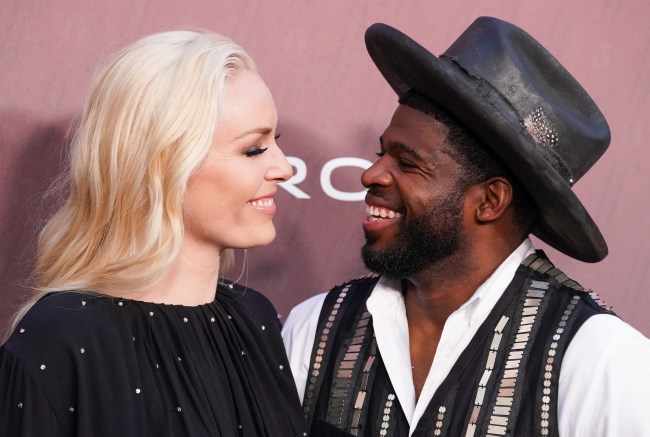 You know the one thing that really chaps my ass about the feminist movement? They think we want this shit.

Case in point: On Christmas Day, I convinced myself that I was man enough to hang a TV wall mount without a level, sobriety or any prior handyman experience. The mere thought of another man coming into my home and completing my Man Tasks made me feel like I was tied up, biting on a ball gag, and watching my wife have consensual intercourse with Terry Crews.

Needless to say, the wall-mounting thing ended up resembling more of a demolition, with my wall looking like Andy Dufresne’s cell wall when he finally escaped Shawshank. I haven’t felt like less of a man since listening to a Shania Twain album in a PT Cruiser rental car.

This isn’t a privilege, it’s a disease.

Once women start realizing that most of us actually hate ourselves, they’ll stop making hashtags that shame us for multi-generational conditioning that led to the emergence of Ed Hardy.

Which is why I know exactly how most men feel when the consume the below content.

Merry Christmas and happy holidays everyone!! On our 2 year anniversary, in a “non traditional” move, I asked PK to marry me and he said, Yes ☺️! Women aren’t the only ones who should get engagement rings! #MerryChristmas #equality pic.twitter.com/hhdm85RoWi

Am I right? Your first emotion probably wasn’t envy of P.K. for bypassing the stresses of pre-matrimony–spending exorbitant amounts of money on a ring that for all you know could be as real as Manti Te’o’s girlfriend, asking the father for legal permission to have sex with his daughter for eternity, choosing the “right time.”

These would all be reasonable emotions. But instead, you focused on how bad P.K.’s friends are going to rip him for “letting Lindsey wear the pants” and say things like “Hey P.K. what’s the ring made out of? The skin of your testicles that Lindsey has stored in a pickle jar in her purse?” or “Have you decided on your bridesmaids yet?” Totally hurtful stuff of that nature.

Congrats to the couple for having the courage to smash petty gender norms in the pursuit of happiness.

As one of the best professional hockey players in the world, P.K. probably doesn’t pay too much mind to his perceived masculinity, but for the rest of us whose triceps burn in the missionary position, we must commit senseless acts of brute force just for a chance to love ourselves.