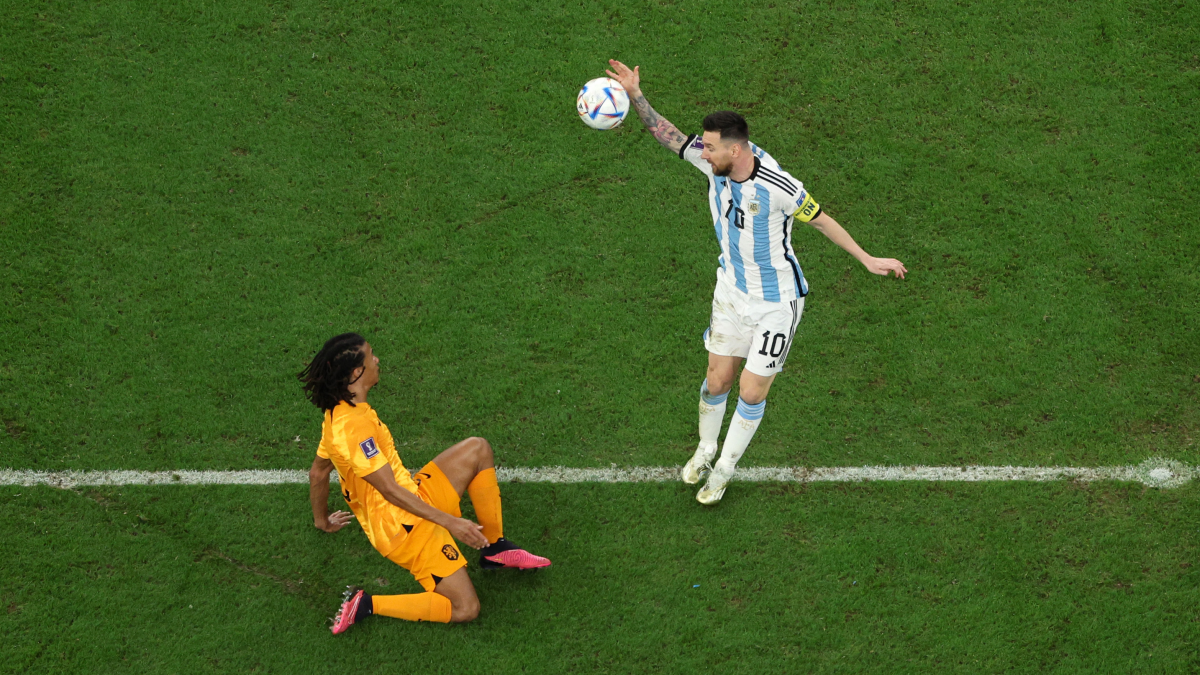 Lionel Messi is currently the best soccer player on planet earth. Whether or not you think he is the ‘GOAT’ depends on a lot of different things but he’s certainly in that discussion.

Should Argentina win the 2022 FIFA World Cup in Qatar, Lionel Messi will likely go down in history as the greatest to ever play the game. The comparisons to Cristiano Ronaldo won’t be the same if Leo wins it all. With that said, Leo isn’t above the rules of the game… Or is he?

During Argentina’s Quarterfinal match against The Netherlands, Lionel Messi suspiciously avoided a yellow card. This came after he committed a blatant handball foul. The handball was clear as day. You can see it on the replay below. It is as clear of a handball as there ever was and should have been an automatic yellow card:

No yellow card was given to Messi after this handball 😅 pic.twitter.com/6IMetwkqwY

But this is Lionel Messi we’re talking about. Many believe he’s the greatest to ever lace up their boots. And when someone is the GOAT they tend to get all of the calls, right? That’s certainly what soccer fans all across the globe thought when Lionel Messi wasn’t shown the yellow card:

Yes, he should’ve been booked:

Surely Messi should have been booked for that hand ball. Even for such a great player it was a blatant offence he should not get away with.

Being the GOAT comes with perks:

Romero deliberately touches the ball with his = yellow card

Messi deliberately touches the ball with his hand = no yellow

Privileges of being the 🐐

Definition of ‘Incredulity’? Van Dijk’s face when seeing Messi not getting a yellow just then

It did look pretty deliberate:

Deliberate handball by Messi there but no yellow card.

Lionel Messi’s hand ball is being compared to Diego’s ‘Hand of God.’ In certain parts of the world, ‘Hand of God’ even began to trend on Twitter:

Messi with another hand of god, it’s actually against the rules to call a handball against Argentina in the World Cup. Most people don’t know this trick.

Only Argentina is allowed to exercise the Hand of God. #ARGNED #Maradona #Messi #WorldCup2022

The original Diego Maradona Hand of God was this play at the 1986 World Cup:

RELATED: Miss Croatia Ivana Knoll Is Back At The World Cup Wearing Another Lawbreaking Outfit

The 2022 FIFA World Cup referees in Qatar will have to answer for that missed call. The lack of booking for Lionel Messi will be something they’re grilled about for a LONG time. It will be interesting to hear their response.