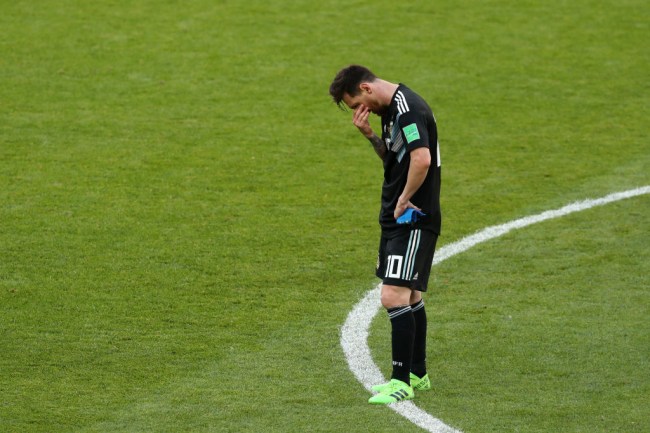 Early this morning, heavily favored Argentina ended up in a disappointing tie against World Cup Cinderella Iceland. During the game, Lionel Messi, who is considered one of the greatest players on the planet, missed penalty kick that would have given Argentina the lead in the second half.

Of course Messi got instantly roasted by soccer fans around the world for choking on the biggest of stages.

Messi misses a penalty and somehow, somewhere, I think Ronaldo May be winking.

The internet is a bad place 😫😫😫
See what they did to Messi pic.twitter.com/rhVN31MGbv

C Ronaldo: IS THIS YOUR GOAT?! #Messi pic.twitter.com/KiQcq32YA9

So your GOAT failed to score a penalt against a part-time film editor managed by a dentist.#WorldCup #ARGISL

Live look at me as a Messi fan. pic.twitter.com/0oWAM5r972